China's richest man, who has just turned 55 years old, began his career as a lecturer in English and International Trade at Hangzhou Dianzi University. Today, he steps down as Alibaba's chairman of 20 years. China's largest e-commerce company will a gala in Hangzhou Tuseday as Ma stepped down after leading Alibaba for 20 years and handed over the chair to CEO Zhang, as reported by various media.

Having grown to be an inspirational mentor for people worldwide, Ma spent his last day at work by visiting Alibaba's former headquarters in Binjiang Park on Sunday and waved to the crowd as he left. 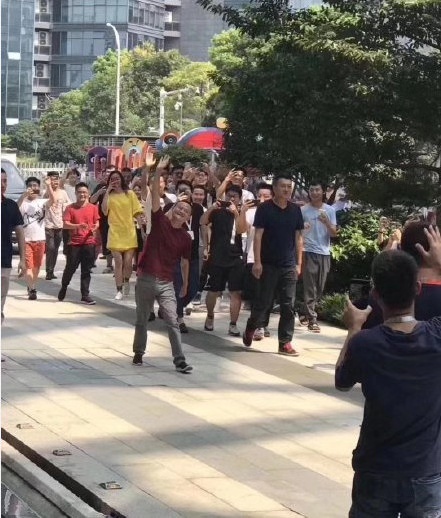 "No longer being the chairman of Alibaba does not mean the end of the business, and it is not equivalent to retirement," Ma was quoted as saying in August by Chinese business media National Business Daily.

Jack Ma announced a year ago that he planned to step down at this time from his role as chairman, to concentrate on philanthropy and education, passing on the reins to trusted lieutenant Zhang.

Ma said he will continue to serve on the board of directors of Alibaba until the 2020 Alibaba annual general meeting.

The stock in Alibaba shifted 10 cents lower to $176.49 per American depositary share on Monday afternoon, currently at $463 billion in market capitalization.

China's richest man, with a net worth of $38.4 billion, according to Forbes, began his career as a lecturer in English and International Trade at Hangzhou Dianzi University.