The investigation by a law firm against the Qihoo-backed financial account platform was announced on the same day that 360 Finance posted strong results for the second quarter. 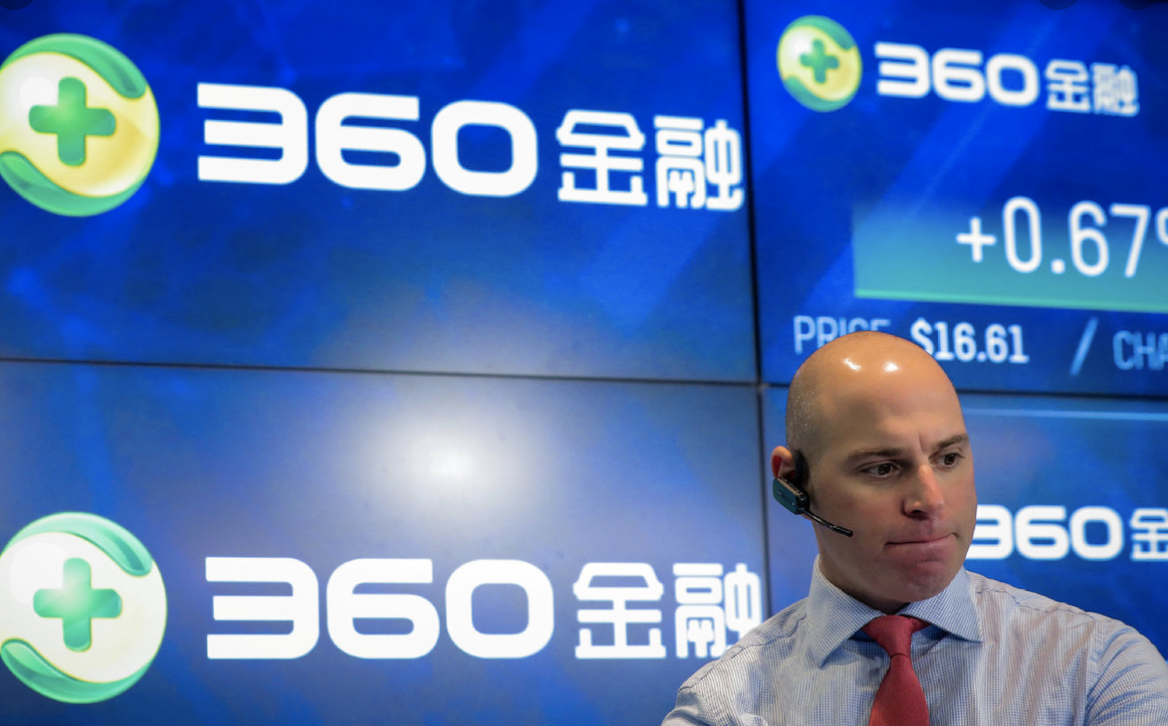 The stock of 360 Finance Inc. (Nasdaq: QFIN) declined 6 percent midday Friday as a law firm is investigating potential claims against it, even though the company reported doubled revenue in the second quarter. The company appointed Haisheng Wu as its new CEO.

The Shanghai-based company, backed by Qihoo 360 Technology Co. Ltd., reported Friday that its revenue for the quarter ended June reached $324.4 million, up 128 percent from a year earlier. The company continued to boost its revenue as it reported a more than 200 percent year-over-year increase for the first quarter in May.

The consumer financing firm said its loan origination volume reached 48.4 billion, or $6.9 billion in the second quarter, representing a 127 percent increase from that of 2018. 360 Finance relies on the institutional funding base with the percentage of funding from financial institutions of 85 percent.

Its net income reached $90.0 million, or 30 cents per fully diluted American depositary share, marking its profitability with comparison of a net loss in 2018.

“Our strong business development is primarily driven by our expanding user base and continuous investment in advanced technologies such as big data and artificial intelligence,” Haisheng Wu, the new chief executive officer of 360 Finance, said in its earnings release.

The company announced Friday that Jun Xu, due to personal and family reasons, has resigned from his position as the chief executive officer and from all other managerial positions held by him, effective August 23. The board has accepted his resignation and has appointed Haisheng Wu as the new CEO.

“We are pleased to welcome Haisheng Wu to join the board and act as the chief executive officer and to benefit more from his talents and experiences as we continue to sustainably grow our business and deliver long-term shareholder value. We will continue to dedicate our efforts to building the Company into a data and AI driven third-party financial technology enabler,” Hongyi Zhou, the chairman of the Board, said Friday.

Wu has served as the president since the inception of 360 Finance with work experience in 360 Group and Baidu Inc. (NASDAQ: BIDU). “The experience of working together over the past few years has enabled me to see Haisheng’s insight into strategy, business understanding and action on innovation. He is the most suitable leader in the 2.0 era for 360 Fnance,” Xu said in an internal letter.

Apart from its technology-driven business model, 360 Finance emphasized its overseas expansion. “We are actively exploring opportunities to extend our fintech services to select international markets such as Southeast Asia and South Asia,” Wu added.

Looking ahead, 360 Finance keeps a flat revenue estimation, saying it expects to generate net revenue for the full year 2019 in the range of 8 billion yuan to 8.5 billion yuan, or $1.2 billion.

A California-based shareholder rights law firm, Johnson Fistel, LLP, announced its investigation against 360 Finance under the 360 Jietiao brand for violations of federal securities laws Friday. The primary reasons that trigger the investigation are that its stock price plummeted significantly from its issue price of $16.50 and the resignation of CEO.

Shares in 360 Finance were trading at $10.03 apiece, down 5 percent intraday Friday.