The restaurant giant, which operates a number of American franchises in China, is diversifying into the domestic market with the new business line. 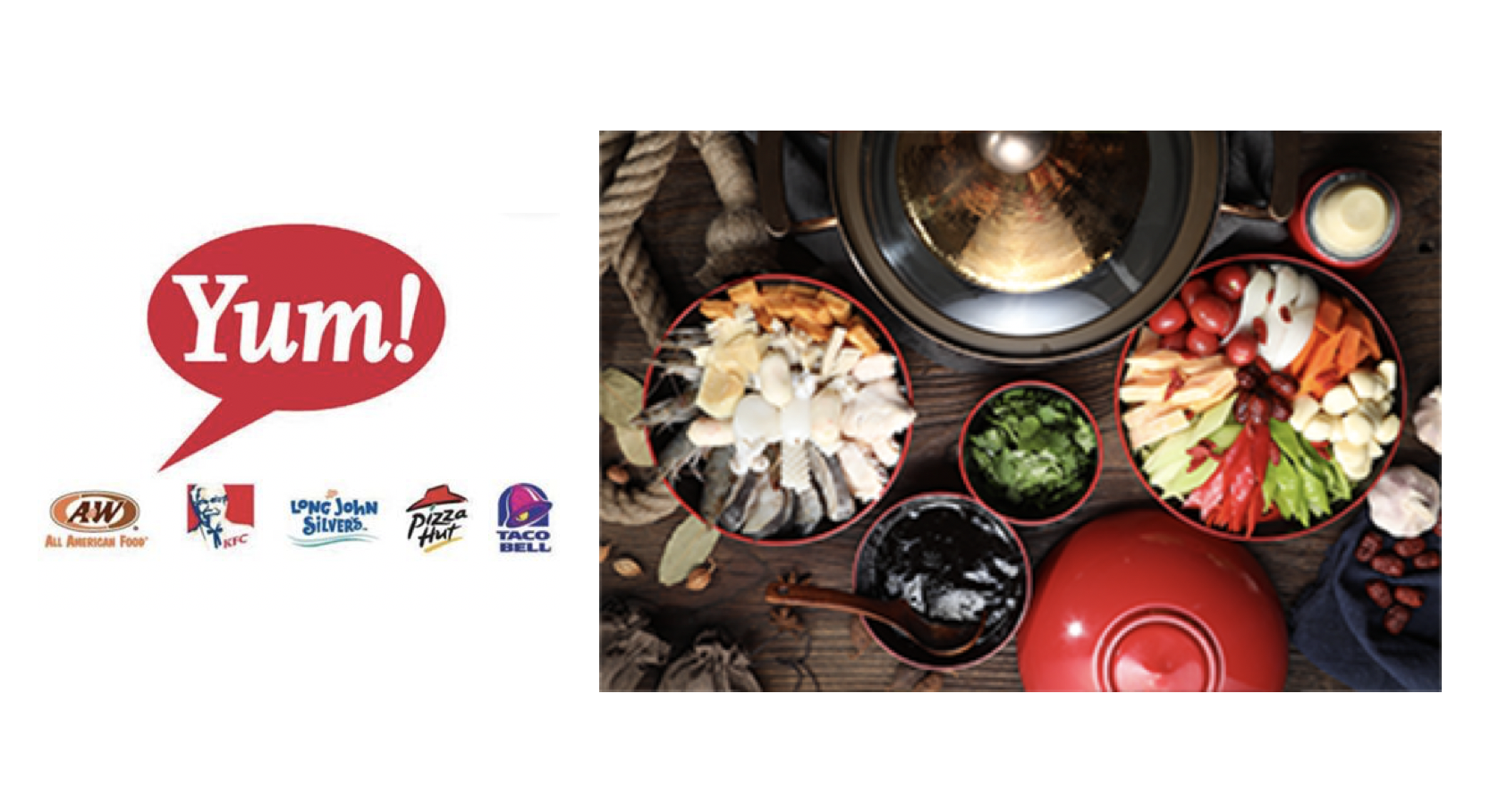 The operator of KFC, Pizza Hut and Taco Bell in China is digging deeper into the country's dining market.

"With the addition of Huang Ji Huang, Yum China aims to gain a stronger foothold and enhanced knowhow in the Chinese dining space, which represents a significant share of the dining market in China," Yum China said in a statement today.

The deal, which will join Huang Ji Huang and its Hong Kong-based desert arm, Hui Lau Shan, with the Yum China family, is expected to close in early 2020, according to the report.

Huang Ji Huang, founded in 2004, serves simmer pot in over 640 restaurants in China and internationally. Inspired by traditional cooking method of braising, Huang Geng added no water to the pot but sauce of spicy, curry, teriyaki, sour pepper, seafood, bean and so on. Hui Lau Shan is famous for herbal tea and herbal turtle jelly.

"With Yum China's scale and system capabilities, and Huang Ji Huang's track record of product research and development and brand management, the acquisition is expected to create synergies," Yum China said. The synergies refer to the Little Sheep, another pot brand, owned by Yum China.

Huang Ji Huang, however, is known for its food safety scandals that took place in 2013 and 2017.

Lately, Yum China saw solid growth in KFC and other renowned stores like Pizza Hut. The largest restaurant company in China, with over 8,700 restaurants as of June 30, said its revenue in the second quarter reached $2.12 billion, up 3 percent from $2.07 billion a year ago. Its net income soared 24 percent to $178 million, or 46 cents per American depositary share, compared with $143 million, or 36 cents per ADS, in the same period last year.

"This strong result was driven by solid second quarter sales performance at both core brands with KFC and Pizza Hut delivering 5 percent and 1 percent same-store sales growth, respectively, and an ongoing acceleration of new store openings at KFC," Joey Wat, the chief executive officer of Yum China, said in a July statement.

Shares in Yum China closed at $44.10 per American depositary share Thursday, down 2 percent.