58.com said it has more than quadrupled its net income, while its revenue jumped 21 percent year-over-year. 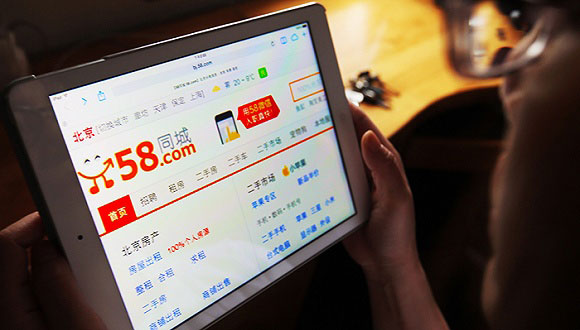 The stock of 58.com Inc. (Nasdaq: WUBA) were trading down 6 percent, at $52.53 per share, in early trading Thursday, though the company reported better-than-expected revenue and income for the second quarter.

The Beijing-based company, China's largest classifieds platform, said in a statement today that its revenue in the three months through June reached $601.4 million, up 21 percent year-over-year. Net income was $612.5 million or $4.04 per share, compared with $108.4 million a year ago.

WUBA attributed its growth in the second quarter and the first half-year to an increase in mobile traffic acquisition. Its mobile application, Anjuke, the online platform that offers real estate information based on websites, according to crunchbase.com, contributed to the mobile traffic increase, the company said.

Though Michael Yao, the company's chairman and chief executive officer, said he was pleased with the second quarter results, he noted the economic and environment issues that impacted jobs in China.

"I'm pleased to report a second quarter of solid financial and operational results for 2019, in which total revenues increased year-over-year and exceeded the high-end of our guidance," Yao said in a statement on Thursday.

He continued, "While a softening economy and uncertain macro-economic environment impacted some of our content categories such as jobs, we remain optimistic about the enormous market opportunity and the future growth potential for our platform."

In May, WUBA joined Warburg Pincus, TPG and other investors to purchase $230 million worth of convertible notes from Uxin Ltd. (Nasdaq: UXIN), the Beijing used car seller.

Looking ahead, 58.com said it expects to generate revenue in the range of abetween $58.5 million and $60 million in the third quarter.