The discounter platform is competing with China's e-commerce giants, Alibaba and JD, in China's smaller cities. 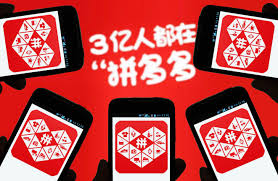 Shares in Pinduoduo Inc. (Nasdaq: PDD) took off Wednesday morning with a jump of 14 percent to $29.49 apiece, fueled by better-than-expected results in the second quarter.

"Putting users' interests first, we worked with our merchants to provide our users with a targeted, compelling value proposition on their most coveted items," Zheng Huang, the executive officer of Pinduoduo, said in a statement Wednesday.

The e-commerce player announced that its gross merchandise volume has climbed to $103.3 billion in the year ended June, up 171 percent from a year ago.

Pinduoduo said in a report today that it had 483.2 million active buyers, up 41 percent year-over-year, while spending in the twelve-month period reached $213.8 per user, 92 percent higher than a year ago.

Seen by some as a rival to e-commerce giant Alibaba Group Holding Ltd. (NYSE: BABA) in China's smaller cities, Pinduoduo has never hesitated to spend on sales and marketing expenses, which were $889.1 million in the second quarter.

"As users engage more on our platform, merchants also see improved marketing returns from greater exposure and conversion. We plan to continue investing strategically in our users and merchants in 2019 to drive further engagement," David Liu, the vice president of strategy, said in the statement.

During the "618" festival, which lasted from June 1 through 12, Pinduoduo said it sold $969 million worth of fresh fruits, food and other agricultural products, of which nearly 70 percent came from first-tier and second-tier cities.

Launched by the former Google engineer in 2015, Pinduoduo became a publicly traded company in July 2018, raising a massive $1.6 billion in its initial public offering with backing from investors including Chinese tech giant Tencent Holdings Ltd. (HKEX: 0700).