Chinese stocks took a massive hit Monday, while Chinese yuan dropped to a historic low amid the intensifying trade war. 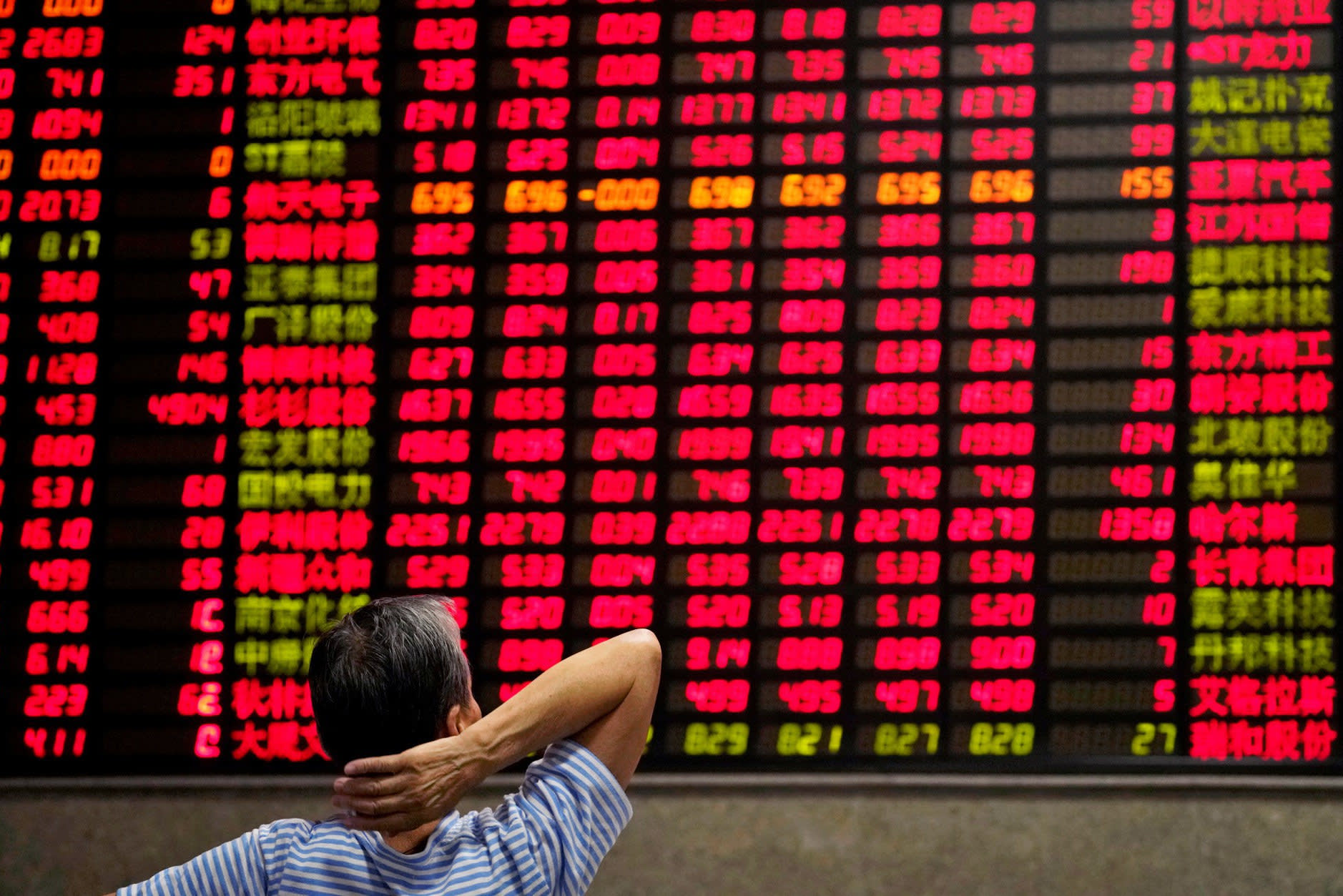 The impact of President Donald Trump’s increased tariff threat on China’s exports on Thursday has taken a toll, as Chinese stocks receive a massive hit on Monday.

Just one Chinese stock recorded in the top 50 for daily volume have a reported percentage increase for Monday.  The technology platform that applies aspects such as network and route optimization and smart warehouses in Hangzhou, Best Inc (NYSE: BEST),  is trading up just below 1 percent at $4.78 per share.

Sohu.com Ltd. (NYSE: SOHU) the online media platform that provides game services on computers and mobile devices based in Beijing, took the biggest hit in the top 50 for daily volume in reported percent down 21 percent trading at $2.52 per share.

Also on Monday China’s yuan dropped below $7 for the first time since 2008, that president Trump didn’t seem to appreciate as he called the move “currency manipulation”.

“China dropped the price of their currency to an almost a historic low. It’s called “currency manipulation,” The president Tweeted. “Are you listening Federal Reserve? This is a major violation which will greatly weaken China over time!” 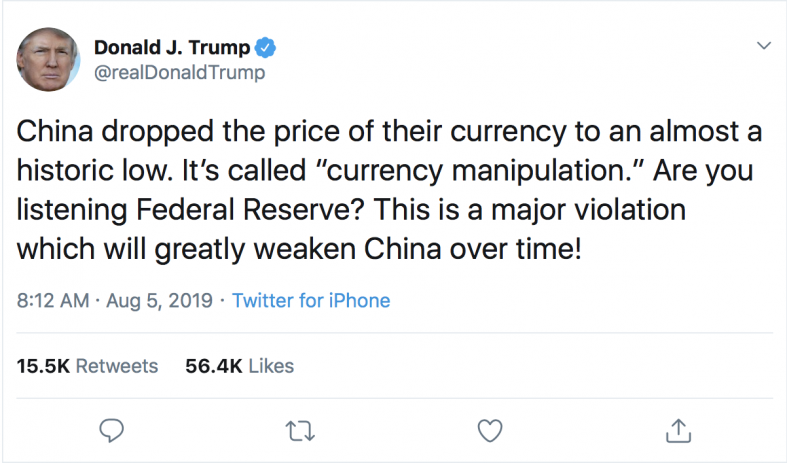 Trump in the past criticized Beijing for manipulating its currency in exchange for trade advantage, and according to Reuters China’s drop below the $7 level could “further intensify the economic conflict between the U.S and China.

The 10 percent tariff increase on Chinese goods will go into effect on September 1.