Of the first batch of 25 companies - ranging from chip-makers to health care firms - 16 increased their already frothy IPO prices by 136 percent on the STAR Market on its launch. 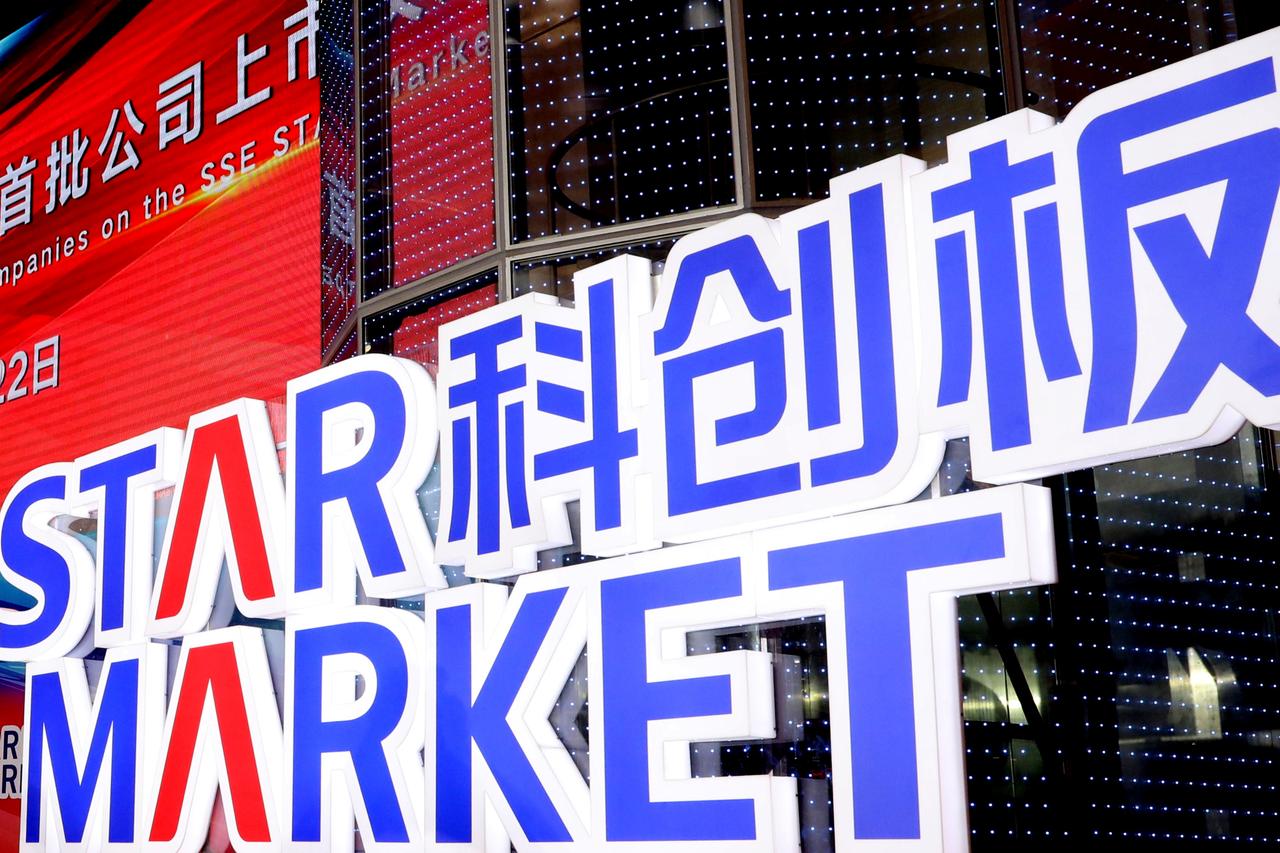 SHANGHAI (Reuters) - Trading on China's new Nasdaq-style board for homegrown tech firms hit fever pitch on Monday, with shares up as much as 520 percent in a wild debut that more than doubled the board's combined market capitalization and beat veteran investors' expectations.

Of the first batch of 25 companies - ranging from chip-makers to health care firms - 16 increased their already frothy initial public offering (IPO) prices by 136 percent on the STAR Market, operated by the Shanghai Stock Exchange.

The raucous first day of trade tripped the exchange's circuit breakers that are designed to calm frenzied activity. The weakest performer leapt 84.22 percent. In total, the day saw the creation of around 305 billion yuan ($44.3 billion) in new market capitalization on top of an initial market cap of around 225 billion yuan, according to Reuters' calculations.

"The price gains are crazier than we expected," said Stephen Huang, vice president of Shanghai See Truth Investment Management. "These are good companies, but valuations are too high. Buying them now makes no sense."

Modeled after Nasdaq, and complete with a U.S-style IPO system, STAR may be China's boldest attempt at capital market reforms yet. It is also seen driven by Beijing's ambition to become technologically self-reliant as a prolonged trade war with Washington catches Chinese tech firms in the cross-fire.

Suzhou Harmontronics Automation Technology Co. Ltd., in contrast, triggered its circuit breaker in the opposite direction, falling 30 percent from the market open in early trade before rebounding. But by the market close, the company's shares were still 94.61 percent higher than their IPO price.

Wild share price swings, partly the result of loose trading rules, had been widely expected. IPOs had been oversubscribed by an average of about 1,700 times among retail investors.

The STAR Market sets no limits on share prices during the first five days of a company's trading. That compares with a cap of 44 percent on debut on other boards in China.

In subsequent trading sessions, stocks on the new tech board will be allowed to rise or fall a maximum 20 percent in a day, double the 10 percent daily limit on other boards.

Looser trading rules were aimed at "giving market players adequate freedom in the game, accelerating the formation of equilibrium prices, and boosting price-setting efficiency," the Shanghai Stock Exchange (SSE) said in a statement on Friday.

The SSE added that it was normal to see big swings in newly listed tech shares, as such companies typically have uncertain prospects, and are difficult to evaluate.

SSE said that an index tracking the STAR Market would be launched on the 11th trading day following the debut of the 30th company on the board.

Investor focus on the STAR Market in the short term could weigh on the main board in terms of liquidity and attention, said Junchun Zhu, chief analyst with Lianxun Securities.

That effect was clear on Monday, with the benchmark Shanghai Composite Index falling 1.27 percent, and the blue-chip CSI300 index ending 0.69 percent lower.

Huang at Shanghai See Truth suggested rational investors wait on the sidelines and observe the market for a month, before making purchasing decisions.

Some investors, nevertheless, hailed the debut of the board that Beijing hopes will propel investment in the sector and help the country innovate and compete globally.

Tingwu Yang, vice general manager of Tongheng Investment, a hedge fund house in Fujian province, said he viewed 80 percent of listed companies as "cannon fodder," but the chance of the remaining 20 percent producing China's next Tencent or Huawei made the market turmoil worth it.

"The STAR Market opens a new chapter for China's stock market. Toast to the Chinese dream in our capital markets!" he said.