Policymakers are likely to ratchet up support for the economy to fend off a sharper slowdown and job losses, but analysts say the room for aggressive stimulus is limited by fears of exacerbating debt and structural risks. 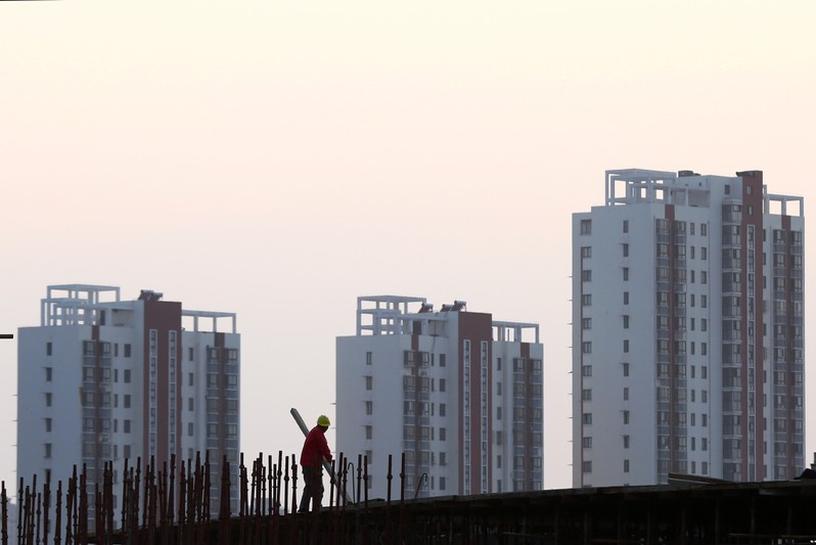 BEIJING (Reuters) - China's second-quarter economic growth likely slowed to its weakest pace in at least 27 years, a Reuters poll showed, as demand at home and abroad weakened amid a bruising trade war with the United States.

Policymakers are likely to ratchet up support for the economy to fend off a sharper slowdown and job losses, but analysts say the room for aggressive stimulus is limited by fears of exacerbating debt and structural risks.

Analysts polled by Reuters expect China to report gross domestic product (GDP) grew 6.2% in the April-June quarter from a year earlier, the slowest pace since the first quarter of 1992, the earliest quarterly data on record.

That would mark a further loss of momentum from the previous quarter's 6.4%, suggesting that a spate of measures to cut taxes, spur lending and investment have yet to kick in.

A Reuters poll published on Wednesday forecast China's economic growth would slow to 6.2% in 2019, the weakest in nearly 30 years.

China's overall exports are likely to fall 2% in 2019 from the previous year as higher U.S. tariffs start to bite, while total imports could drop 3%, he said.

Beijing has been relying on a combination of fiscal stimulus and monetary easing to weather the current slowdown, but the economy has been slow to respond, and investors fear a longer and costlier trade war between the world's two largest economies could trigger a global recession.

On a sequential basis, economists estimated GDP grew 1.5% in the second quarter, quickening from 1.4% in the first quarter.

The government will publish the second-quarter GDP data, along with activity data for June which could point to continued weakness, on Monday.

Barring a GDP surprise, investors are likely to focus more on the June activity data for clues on whether the economy continued to weaken heading into the second half or is bottoming out.

Further deterioration in June industrial output or retail sales could fuel market expectations that more stimulus measures are needed to get the world's second-largest economy back on track.

China's industrial output is expected to have grown 5.2% in June from a year earlier, quickening from 5.0% in May, which was the weakest pace in 17 years.

June retail sales are seen growing 8.3% from a year earlier, slowing from the 8.6 percent pace in May.

Fixed-asset investment is expected to have grown 5.5% in the January-June period from a year earlier, easing from 5.6% in the first five months.

Premier Li Keqiang said this month that China will make timely use of reserve requirement ratio (RRR) cuts and other financing tools to support small firms, while repeating a vow not to use "flood-like" stimulus.

A central bank adviser has said China will not need "very big" stimulus to prop up growth, provided its trade dispute with the United States does not worsen.

Economists in the latest Reuters poll forecast two more RRR cuts of 50 basis points each in this quarter and the last quarter, but did not expect a cut in the benchmark lending rate.

Some government officials say recent measures such as tax cuts worth nearly 2 trillion yuan ($291.4 billion) and a quota of 2.15 trillion yuan for domestic special bond issuance could help the economy gain traction in the second half of the year.

Lian of Bank of Communications said local governments may be allowed to sell more special bonds later this year to help boost infrastructure investment, on condition that the current quota is used up.

The central bank could focus on reducing RRRs to spur lending, but Lian said it should be wary of cutting benchmark interest rates as it seeks to reform the country's interest rate regime.

The central bank has slashed the amount of cash banks must hold in reserve six times since early 2018 to spur credit growth, and more RRR cuts are expected in coming months.