The U.S. short seller alleged earlier this week that Anta controls a number of its distributors. 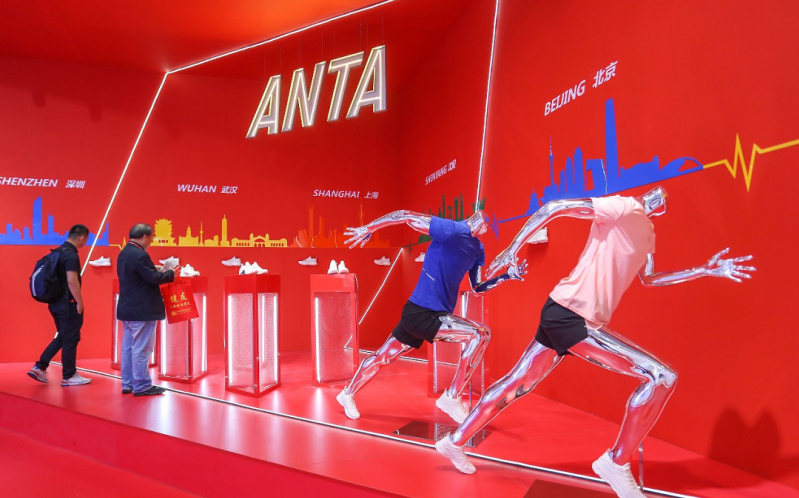 Shares of Anta dropped nearly 10 percent in Hong Kong earlier this week after the allegations from the U.S. short seller were made public. The report accused Anta of using "secretly controlled Tier 1 distributors to fraudulently boost its margins," and claimed it has "Smoking Gun" evidence that Anta secretly controls a number of its distributors.

"Anta is a real business, and in terms of operations and marketing, there's much to be admired," Muddy Waters said. "The purpose of controlling the distributors, we believe, is to fraudulently inflate Anta's reported revenues and/or decrease its reported expenses."

In a filing to the Hong Kong stock exchange this week, Anta insisted that "each of the group's distributors has its own management team who make independent business decisions, and has its own financial and human resources management functions independent from that of the group, with no control over one another."

Trading in Anta shares was suspended on Monday afternoon and resumed on Tuesday morning, at the company's request.

This is not the first time Anta has been accused of manipulating financial data. According to Reuters, another short-seller, Blue Orca Capital, had cast doubt on Anta's revenue in a presentation in May that Anta also dismissed as "inaccurate and misleading."

Established in 1991, Anta Sports is a leading sportswear company in China, listed on the main board of Hong Kong exchange in 2007. For many years, the company has been principally engaging in the design, development, manufacturing and marketing of Anta sportswear series to provide the mass market in China with professional sporting products including footwear, apparel and accessories.