The issue also came to the fore in the United States last month after a bipartisan group of U.S. lawmakers introduced a bill to force Chinese companies listed on U.S. stock exchanges to provide access to audits or face delisting. 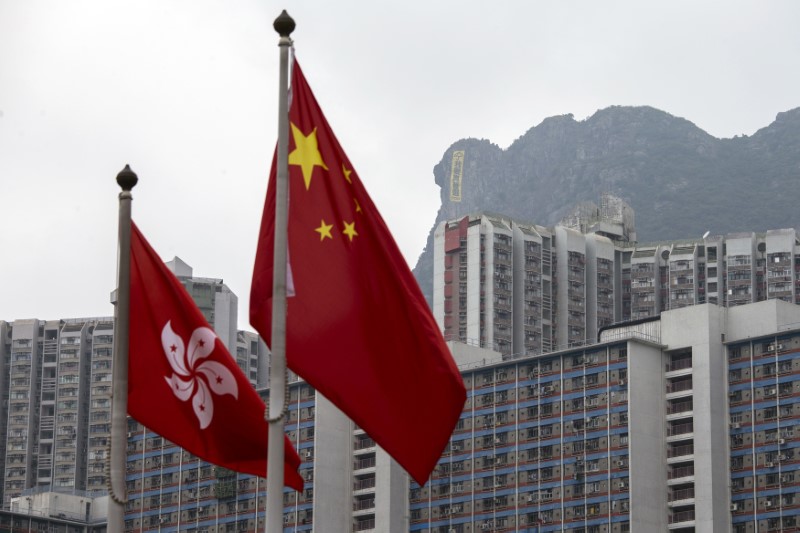 HONG KONG (Reuters) - Hong Kong's securities regulator will be able to see audit working papers when investigating mainland China-based companies after it signed an agreement with Chinese authorities on Wednesday.

The agreement may go some way to solving a long-running point of contention between Chinese and Hong Kong regulators.

The issue also came to the fore in the United States last month after a bipartisan group of U.S. lawmakers introduced a bill to force Chinese companies listed on U.S. stock exchanges to provide access to audits or face delisting.

China has long been reluctant to allow overseas regulators, including those in Hong Kong, to inspect audit documents relating to mainland firms, citing national security concerns.

In spite of a 2013 agreement with the United States to end a stalemate and allow U.S. regulators to see audit working papers held in China, there have been difficulties in actually gaining access, for both U.S. and Hong Kong officials.

In 2014, EY was ordered by a Hong Kong court to hand working papers to Hong Kong's Securities and Futures Commission (SFC) relating to its work for a planned IPO. EY had argued it could not produce the papers under Chinese laws prohibiting the spread of state secrets.

Since then, at least two Hong Kong-based audit firms have been barred from auditing U.S.-listed companies because they could not produce the China-related papers asked for by U.S. regulators.

The SFC's new memorandum of understanding will allow the Hong Kong regulator access to papers relating to Hong Kong accounting firms' audits of mainland-based companies that are listed, or are trying to list, in Hong Kong as well as their related persons or entities, the SFC said in a statement on Wednesday.

Roughly half of the 2,315 companies on Hong Kong's stock exchange are based in mainland China, according to exchange figures.

The Memorandum of Understanding was signed by China's Ministry of Finance (MOF), the China Securities Regulatory Commission (CSRC) and the SFC.

The MOF and the CSRC "will provide the fullest assistance in response to SFC's requests for investigative assistance regarding the provision of audit working papers," the statement said.

MOF vice minister Cheng Lihua said in the statement that the deal would "further deepen the regulatory cooperation between the two sides, helping to improve the quality of annual reports of listed entities in Hong Kong, and fully protect the legitimate interests of investors in both sides."

Hong Kong's Financial Reporting Council and MOF's Supervision and Evaluation Bureau signed a separate agreement in May to assist each other in their audit regulatory responsibilities.