The Chinese coffee unicorn opened at $25 per share, well above its offering price, and raised $561 million in its IPO on the Nasdaq Friday. 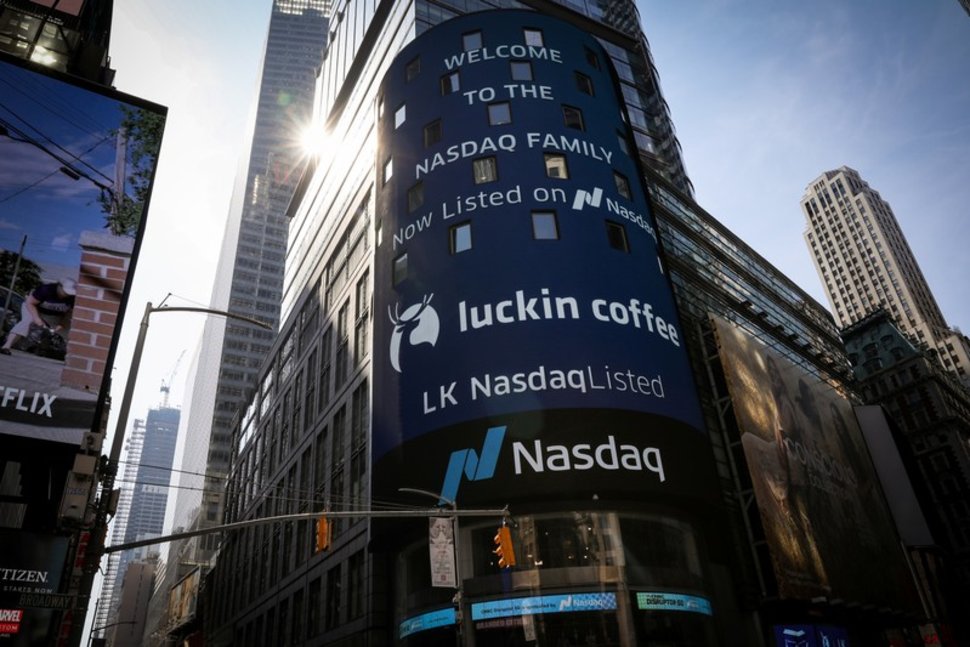 Shares of China's Luckin Coffee Inc. surged 47 percent in their market debut on Friday, indicating strong investor demand for the self-declared challenger to Starbucks Corp in the Asian country.

On Thursday, the company raised around $561 million after pricing its offering at the top of the anticipated price range, giving it a market value of $4.2 billion, in the biggest U.S. float by a Chinese firm this year.

The money raised from the IPO gives Luckin more firepower to fuel its ambitious plan of overtaking Starbucks in China this year as the largest coffee chain by number of outlets.

Luckin has 2,370 stores in China and plans to open 2,500 more this year to go past Seattle-based Starbucks that has long dominated China's coffee scene and has over 3,600 stores in the country.

Luckin's expansion is in stark contrast to Starbucks, which opened its first China store in 1999 and has spent two decades reaching its current store count.

The coffee startup's customers can order coffee via an app, watch a livestream of their coffee being made, and have it delivered to their door in an average of 18 minutes.

Luckin's innovation on how consumers enjoy a cup of coffee sets it apart, said Zephirin Group analyst Lenny Zephirin in a note. "We believe this will continue to support above-industry growth in the coming years."

The company has also expanded outside coffee, allowing customers to buy food and other beverages such as grapefruit cheese jasmine tea and Sichuan cold noodles with pulled chicken via its app.

However, Luckin's expansion comes at the cost of an aggressive cash burn. It relies heavily on cheap delivery and big discounts as a key strategy to attract customers.

Since inception in June, 2017, the company has been in the red, with net loss to shareholders at $475.4 million and total revenue of $125.27 million last year. For the first three months of this year, it posted a net loss of $85.3 million.

Luckin warned it may incur losses in the future and said it was more focused on expansion than turning a profit.

Other investors in the company include U.S. money manager BlackRock Inc and Chinese investment firms Centurium Capital and Joy Capital.