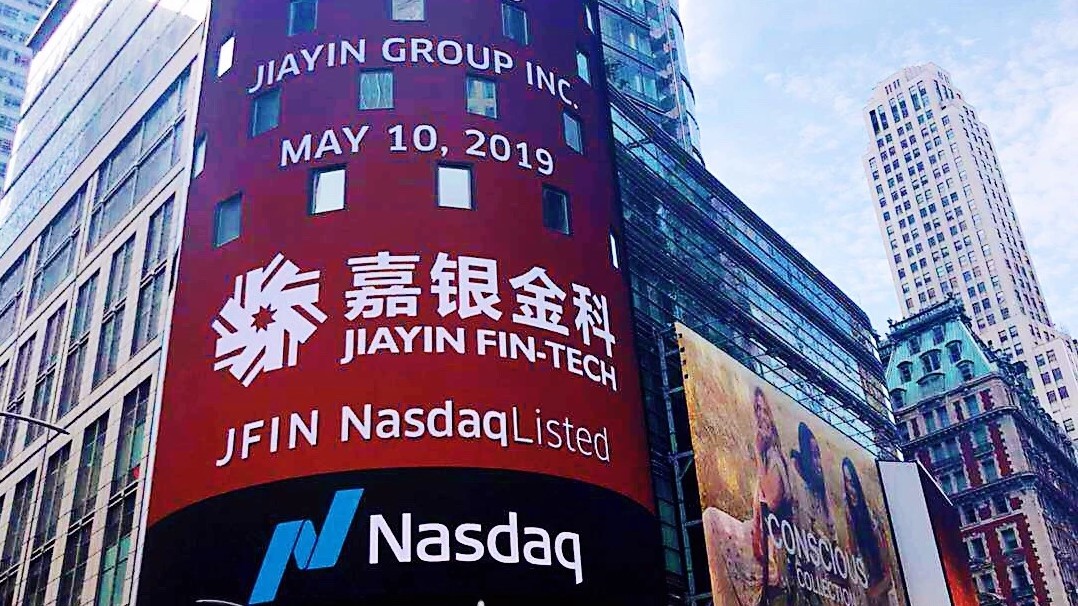 Jiayin Group Inc. (Nasdaq: JFIN) debuted Friday on the Nasdaq Stock Market, raising $36.8 million in its initial public offering and saw its stock soar throughout the day before closing 54 percent above the offering price.

The Shanghai-based financing company sold 3.5 million shares at $10.50 apiece, the lower end of the expected range. Its stock was on a climb within minutes and peaked at the high of $17.25 per American depositary share before settling at $16.15 per share.

Founded in 2011, Jiayin runs a peer-to-peer lending marketplace, known as Niwodai www.niwodai.com, which connects borrowers and investors on its platform. The company aims to make mid- to long-term loans accessible to those underserved by traditional financial institutions and uses artificial intelligence-powered technology for streamlined user experience. 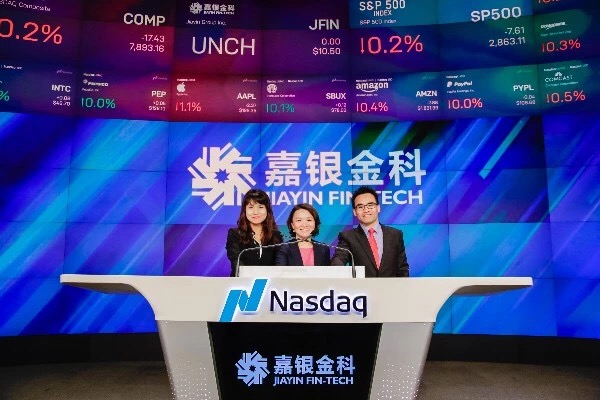 Last year, the company was the third-largest individual finance marketplace in China in terms of transaction volume for mid- to long-term loans, according to its filings. The company also ranked first in terms of borrower satisfaction and willingness to recommend the marketplace to others, it said, citing a January 2018 survey by independent market research firm, iResearch.

The financing platform said it intended to use the proceeds of its IPO to invest in its marketing to build brand awareness and expand its user base, as well as for strategic acquisitions and general corporate purposes.

Underwriters in Jiayin's IPO, Roth Capital Partners and Shenwan Hongyuan Securities, may purchase up to an additional 525,000 ADSs for over-allotment.