Stocks around the world tumbled and oil prices hit a one-month low after U.S. President Trump said he would raise tariffs on Chinese goods by the end of the week, ending a four-month truce in the trade war. 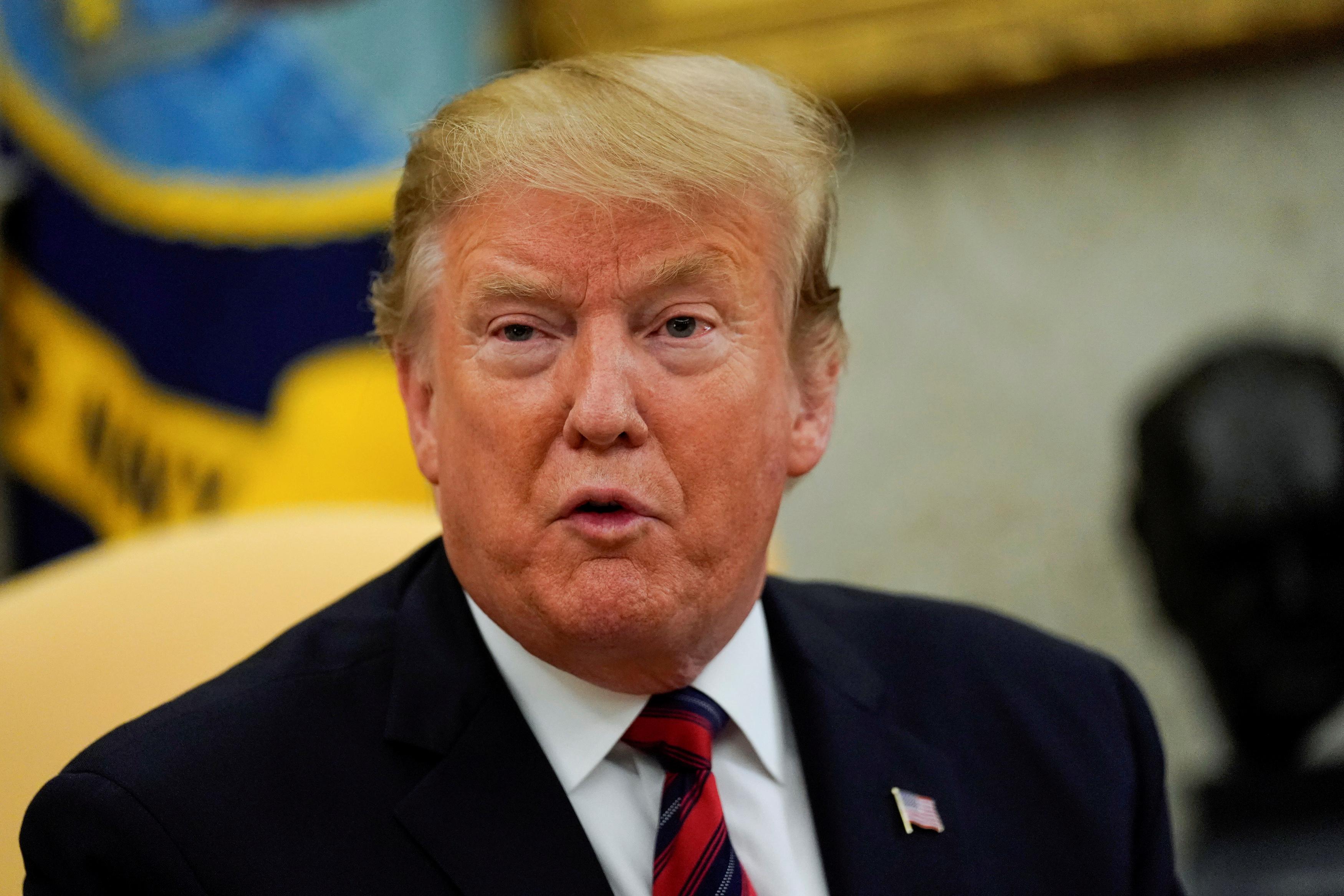 U.S. President Donald Trump's escalation of a trade war with China left plans in limbo on Monday for high-level negotiations later this week to end the dispute.

Stocks around the world tumbled and oil prices hit a one-month low after Trump tweeted on Sunday that he would raise tariffs on $200 billion worth of Chinese goods to 25 percent from 10 percent by the end of the week, and would "soon" target the remaining Chinese imports with tariffs.

The announcement ended a four-month truce in a trade war that has cost the world's two largest economies billions of dollars, slowed global growth and disrupted manufacturing and farming.

It was unclear on Monday whether Chinese Vice Premier Liu He would travel as planned to Washington for talks scheduled to start on Wednesday.

A Washington-based source familiar with the talks said the Chinese side was reconsidering whether Liu would attend after Trump's tweet.

"The atmosphere of the negotiations has changed," said a Chinese official with knowledge of the talks, and how they would proceed was being re-evaluated.

"All that depends on the attitude of the United States," the official said.

A Chinese delegation was still preparing to go to the United States for trade talks, Chinese Foreign Ministry spokesman Geng Shuang said earlier on Monday in Beijing, without saying whether Liu would be part of it.

A spokesman for the U.S. Trade Representative's office did not immediately respond to a query about the status of the talks in Washington and Liu's attendance.

Trump's comments on Sunday came as a surprise after he and members of his team had repeatedly said the two sides were making progress on a deal. Tensions between the two countries had eased as talks progressed after Trump and Chinese President Xi Jinping agreed to a truce in the trade war in late November.

As recently as Friday, Trump had cited progress towards a deal.

Trump appeared to defend his decision in a tweet early on Monday, lashing out over the U.S. trade deficit with China. He also said he spoke with Japanese Prime Minister Shinzo Abe on trade in a "very good conversation."

"With China we lose 500 Billion Dollars. Sorry, we're not going to be doing that anymore!" Trump tweeted.

The United States imported about $539.5 billion in goods from China in 2018 and exported $120.3 billion, for a record trade deficit of $419.2 billion, according to U.S. Census Bureau data.Trump's change in tone came after U.S. Trade Representative Robert Lighthizer told him that significant obstacles remained to a trade deal, and that China was pulling back from some previous commitments, people with knowledge of the talks said.

Lighthizer briefed Trump following a round of talks in Beijing last week.

On Monday, billionaire investor Warren Buffett warned that a wider trade war between the world's two largest economies would be bad for the world economy and for his conglomerate, Berkshire Hathaway

A full-scale trade war is unlikely, he said, but "would be bad for everything Berkshire owns.".

Chinese news outlets have been told not to independently report on Trump's tweets, and instead adhere to any report from the official Xinhua news agency, said a source with direct knowledge of the matter.

"There is still a question of whether this is one of the famous Trump negotiation tactics, or are we really going to see some drastic increase in tariffs," said Nick Twidale, Sydney-based analyst at Rakuten Securities Australia. "If it's the latter, we'll see massive downside pressure across all markets."

The renewed tariff threat caused sharp responses from some sectors that would be affected, including retailers and footwear makers.

Negotiations about tariffs have been one of the remaining sticking points between the two sides. China wants the tariffs to be removed, while Trump wants to keep some, if not all, as part of any final deal to ensure China lives up to its commitments, a White House official said on Sunday.