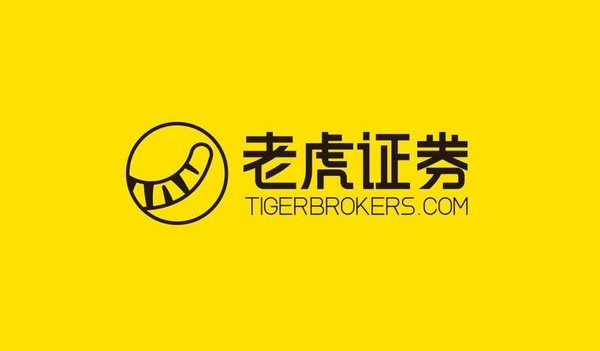 Up Fintech (TIGR) intends to raise $78 million from the sale of ADSs representing Class A shares, per an amended registration statement.

The company has developed an online securities trading system for Chinese investors.

Beijing-based Up Fintech was founded to enable Chinese clients to more easily trade overseas stocks on U.S., Hong Kong, and other foreign exchanges.

Management is headed by CEO Tianhua Wu, who has been with the firm since 2018 and was previously was CEO of Ningxia Rongke.

TIGR offers its services through its website and mobile app and the firm’s business model is to generate commission fees for securities trading transactions as well as earning interest income related to margin financing.

Management says its service is the ‘largest online platform for trading U.S. securities focusing on Chinese investors globally in terms of trading volume in 2017, with a market share of 58.4%.’

The firm targets the ‘young and affluent’ demographic and as of December 31, 2018, 71.5% of its individual customers were under 35 years of age.

The system also provides an ‘interactive investment community’ that it believes creates a ‘virtuous cycle where users gain knowledge through our community, become increasingly engaged in investing, and therefore have more insights and experience to share.’

Management says it has more than 1.6 million registered users on its platform as of December 31, 2018.

Sales and marketing expenses as a percentage of revenue have been decreasing as revenues have increased:

According to a Bloomberg report, ‘Chinese investors have been pouring more of their money into overseas markets since the 2015 stock-market crash...the yuan’s 9 percent decline against the dollar over the past six months has made it even more attractive to hold assets in foreign currencies.’

Separately, Futu Holdings (FHL) also targets Chinese investors for its securities trading and wealth management platform, so it appears both firms are gearing up to compete even harder with expanded resources.

TIGR’s recent financial results can be summarized as follows:

TIGR intends to raise $78.0 million in gross proceeds from an IPO of 13 million ADSs representing Class A underlying shares at a midpoint price of $6.00 per ADS.

Each ADS will represent 15 Class A ordinary shares.

Class B shareholders, which are primarily the founder and CEO and his family, will be entitled to 20 votes per share.

Multiple classes of stock are a way for management or existing investors to retain voting control of the company even after losing economic control.

The S&P 500 Index no longer admits firms with multiple classes of stock into its index.

An existing shareholder, IB Global Investments, likely the venture arm of Interactive Brokers, has indicated an interest in purchasing up to $7 million of Class A shares at the IPO price.

Assuming a successful IPO at the midpoint of the proposed price range, the company’s enterprise value at IPO would approximate $762.3 million.

Excluding effects of underwriter options and private placement shares or restricted stock, if any, the float to outstanding shares ratio will be approximately 9.77%.

for general corporate purposes, which may include investment in product and technology research and development, sales and marketing activities, technology infrastructure, capital expenditures, and other general and administrative matters;

to set up entities and apply for operating licenses in multiple jurisdictions to expand our customer base and better serve them with global investment products;

to satisfy the increased capital adequacy requirements pursuant to the New Zealand Stock Exchange or regulators in other jurisdictions; and

for the acquisition of, or investment in, technologies, solutions or businesses that complement our business, although we have no present commitments or agreements to enter into any acquisitions or investments.

Below is a table of relevant capitalization and valuation metrics:

As a reference, TIGR’s clearest public comparable would be Futu Holdings (FHL), which recently went public in the U.S.; shown below is a comparison of their primary valuation metrics:

Management has significantly lowered its IPO, from an original estimate of $150 million to $78 million.

Additionally, TIGR doesn’t enjoy the platform advantages that competitor Futu Holdings does through its relationship with Tencent (TCEHY).

The advantage that Futu holds with this favorable ecosystem placement and data intelligence is likely significant.

The market opportunity for serving Chinese investors in their desire to purchase overseas stock equities is growing, especially as China opens up its financial services sector.

TIGR has excellent prospects as a major player for the growing appetite in China for foreign stocks with less volatility than Chinese mainland A shares.

On the legal side, like many Chinese firms seeking to tap U.S. markets, the firm operates within a VIE structure or Variable Interest Entity.U.S. investors would only have an interest in an offshore firm with contractual rights to the firm’s operational results but would not own the underlying assets.

As to valuation, management is asking IPO investors to pay a 70% premium on a Price / Sales multiple to that of already public, faster-growing competitor Futu. Moreover, TIGR has negative EBITDA and negative earnings vs. Futu’s positive results in this metric.

On the other hand, the concurrent private investment of up to $7 million at the IPO price by existing investor and brokerage firm Interactive Brokers is a positive signal for public investors.

Topics:ANALYSIS: Up Fintech Proposes Terms For $78 Million In U.S. IPO
READ MORE
COMMENTS0 comments
Sign in
We reserve the right to remove any content at any time from this Community, including without limitation if it violates the Community Standards.
SUBSCRIBERS ONLY
MOST READ
LATEST NEWS
HOME
CHINA STOCKS
U.S. STOCKS
COMMENTARY
INVESTOR RELATIONS
INVESTIGATIVE RESEARCH REPORT
ABOUT US