Tencent Music Rings the Bell at the NYSE; Stock Jumps 13% Above IPO Price

Shares rose more than 9 percent to $14.20 apiece by mid-afternoon in New York, valuing the company at about $23.25 billion. 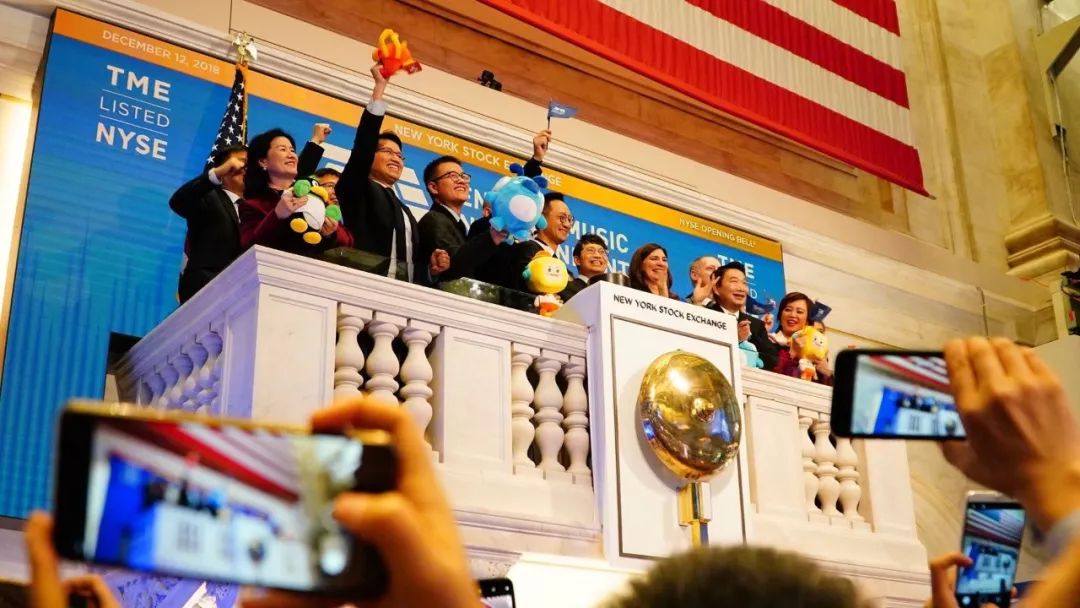 Tencent Music Entertainment Group, the subsidiary of Chinese tech conglomerate Tencent Holdings Ltd. (HKEX: 0700), jumped as much as 13 percent to $14.75 per share when it debut for trading Wednesday. The company raised $1.1 billion after pricing its shares at the bottom of its targeted range of $13 to $15 apiece.

The company initially planned to launch the deal in October, but given a recent plunge in global markets and the tension between U.S. and China, the company decided to postpone the IPO.

Shares rose more than 9 percent to $14.20 apiece at 1:45 p.m. in New York, valuing the company at about $23.25 billion -- just below the market valuation of Spotify Technology SA, its dominant counterpart in the U.S. Spotify is also one of the key investors of Tencent Music. According to Spotify's SEC filing in February, the Swedish company said it held 8.5 million shares of Tencent Music (around 9 percent), valued at $1.07 billion at the time.

The company's mission, as its prospectus states, is "to use technology to elevate the role of music in people's lives, by enabling them to create, enjoy, share and interact with music."

The company reported a 244 percent profit jump for January-September to $394 million. By comparison, Spotify, its dominant counterpart in the U.S., lost a net $520 million.

Tencent Music will be traded under the symbol "TME."