Despite being hit by a short-seller report this week, shares in Pinduoduo have gained 14 percent since last Friday.
Anna VodNov 17,2018,07:50 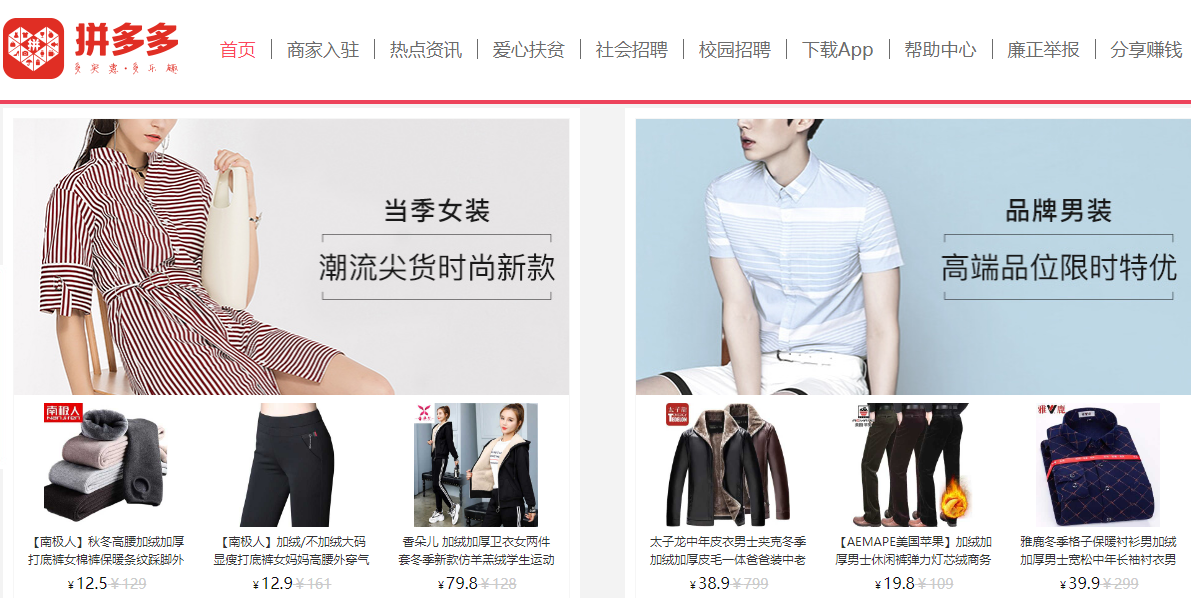 Pinduoduo Inc. (Nasdaq: PDD) sees no end to troubles this season as another controversy erupted this week involving the company and an activist short-seller, Blue Orca Capital, which claimed the online discounter inflated its sales and understated its losses.

It also said Pinduoduo reported different financial information in China and the U.S with the Chinese filings showing the company suffered losses 65 percent greater than reported to the U.S. Securities and Exchange Commission.

Blue Orca said it projected the stock of Pinduoduo to fall to $7.10 per share, representing a drop of 66 percent from the Chinese unicorn’s closing price Friday. The short-seller claimed fraud in a report on Wednesday, but shares in the company withstood the allegations and today closed at $20.83 per American depositary share, up from $18.31 per share a week ago. 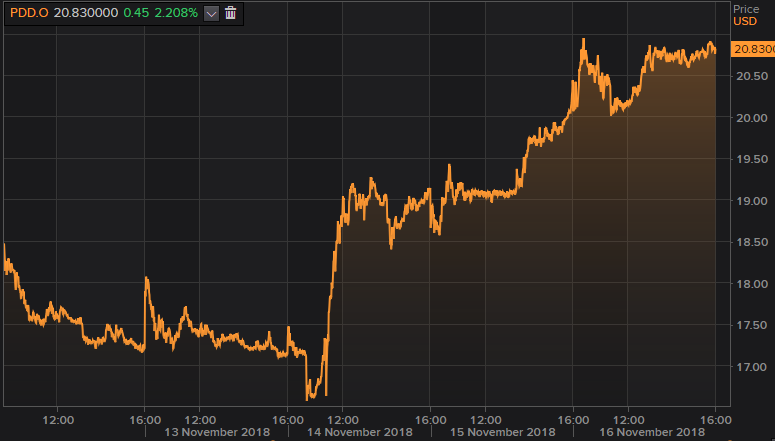 Despite being hit by more allegations, shares in Pinduoduo gained 14 percent on the week, closing at $20.83 per share Friday.

In response to the allegations, a spokesman for the company said this week, “Pinduoduo notes the Blue Orca report which contains a series of incorrect suppositions. Pinduoduo is announcing its quarterly results on Tuesday 20th November and we will address the issues raised at that time.”

Launched by a former Google engineer, Colin Huang Zheng, in 2015, Pinduoduo became a publicly traded company in July, raising a massive $1.6 billion in its initial public offering with backing from investors including Tencent Holdings Ltd. (HKEX: 0700). The three-year-old company today has a market cap of $22.6 billion, according to Thomson Reuters Eikon,

This week marks the second time that the company got hit by a public dispute since Pinduoduo floated on the Nasdaq. In late July, the platform came under fire for allegedly selling counterfeit products. First, a number of Chinese companies filed claims against Pinduoduo for selling fake products carrying their brands, then, class action lawsuits involving U.S. shareholders followed.

At the time, Zheng vowed to "thoroughly rectify and reform," and cooperate with the investigation.

Pinduoduo boasted it had nearly 350 million clients in the past year.

Topics:pdd, pinduoduo
READ MORE
COMMENTS0 comments
Sign in
We reserve the right to remove any content at any time from this Community, including without limitation if it violates the Community Standards.
SUBSCRIBERS ONLY
MOST READ
LATEST NEWS
HOME
CHINA STOCKS
U.S. STOCKS
COMMENTARY
INVESTOR RELATIONS
INVESTIGATIVE RESEARCH REPORT
ABOUT US