Excluding the positive impact of a purchase this year, the company said its net income would have decreased 7.6 percent compared with a year ago. 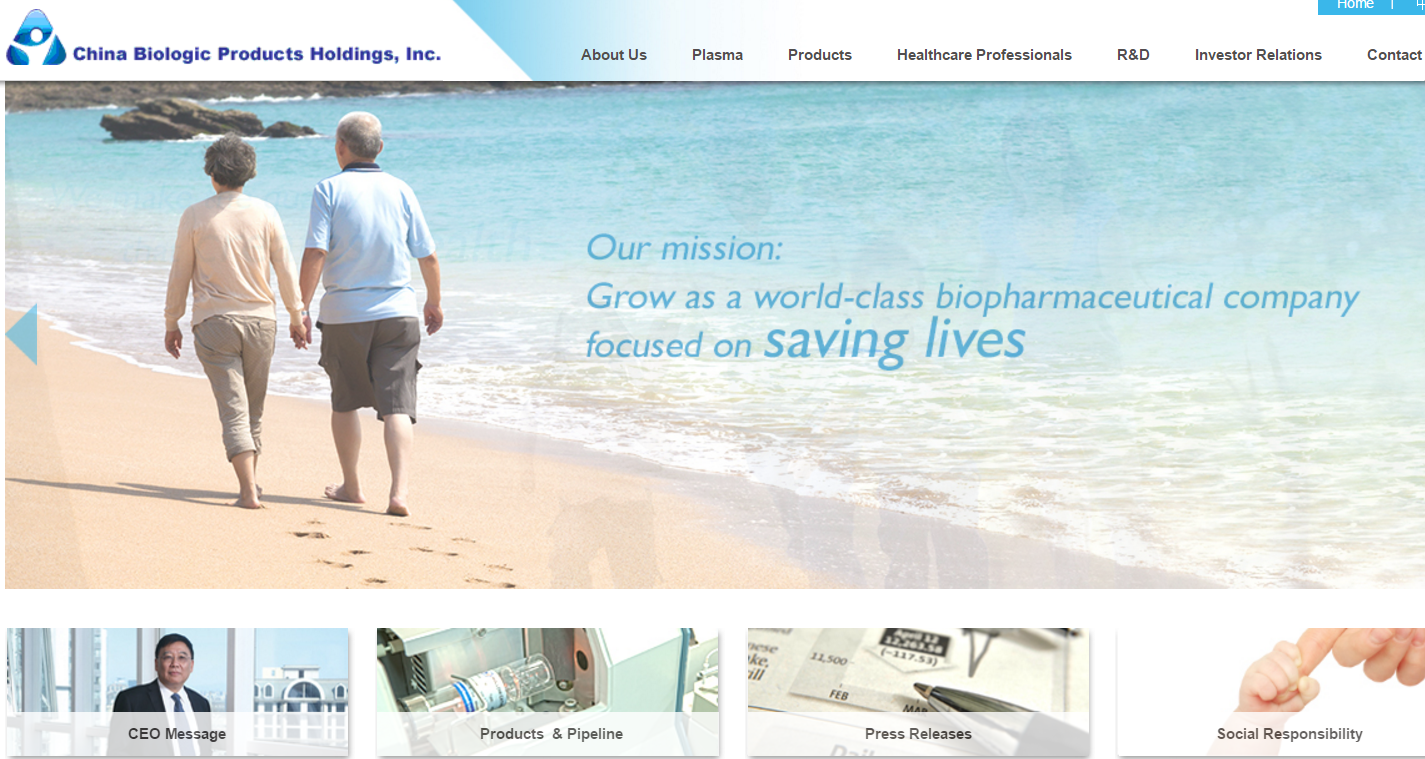 China Biologic Products Holdings Inc. (Nasdaq: CBPO), a biopharmaceutical company based in Beijing, reported disappointing results for the third quarter with a decline in income on a comparable basis to the year-ago quarter.

As part of the earnings announcement, which came after the markets in New York closed, the company also said the board had approved the repurchase of up to $100 million of company shares over the next six months.

The company, which makes plasma-based products for use in emergencies and immune-deficiency related diseases, said overall revenue increased 20 percent to $119.1 million in the three months ended Sept. 30 from $99.6 million last year.

Net income attributable to China Biologic for the period was $32.9 million, or 94 cents per fully diluted share, compared with income of $31.6 million, or $1.11 per share, last year. Income from operations, however, decreased nearly 25 percent to $28.7 million from $38 million a year ago, the company said. Per share figures reflected the issuance and recent sale of 5.9 million shares to an investor group for about $590 million, which increased the number of shares outstanding to 34.1 million as of Sept. 30 compared with 27.7 million a year ago.

Those financial results also included the impact of the purchase of an 80 percent stake in Tianxinfu (Beijing) Medical Appliance Co. Ltd., which closed in January. That acquisition, for 5.5 million shares of China Biologic, or nearly 17 percent of the company, was worth $435 million at the time of the acquisition.

Excluding the positive impact of TianXinFu, the company said its net income would have decreased 7.6 percent compared with a year ago, in contrast to the reported increase of 4.1 percent.

"In line with our previously revised forecast for the full year 2018, our results in the third quarter reflected the impact of ongoing regulatory changes and intensified competition in China's plasma industry," said the company's chairman David Hui Li. "We were, however, pleased to make significant progress in both attracting industry talent and strengthening our sales and marketing efforts. I am confident that we now have the right corporate direction, product strategy and management team in place to build a world class biopharmaceutical and biotechnology company, with a leading position in key therapeutic areas."

Looking ahead, the company said it was reiterating its earlier guidance for the year, expecting non-GAAP adjusted net income to decrease between 2 and 4 percent in RMB terms, while falling between 19 and 21 percent when excluding the results of TianXinFu.