Alibaba's Jack Ma to Step Down in One Year, Hand Baton to CEO Zhang

Monday in New York, the stock of Alibaba was trading down more than 3 percent intraday on news of Ma's scheduled step down as chairman. 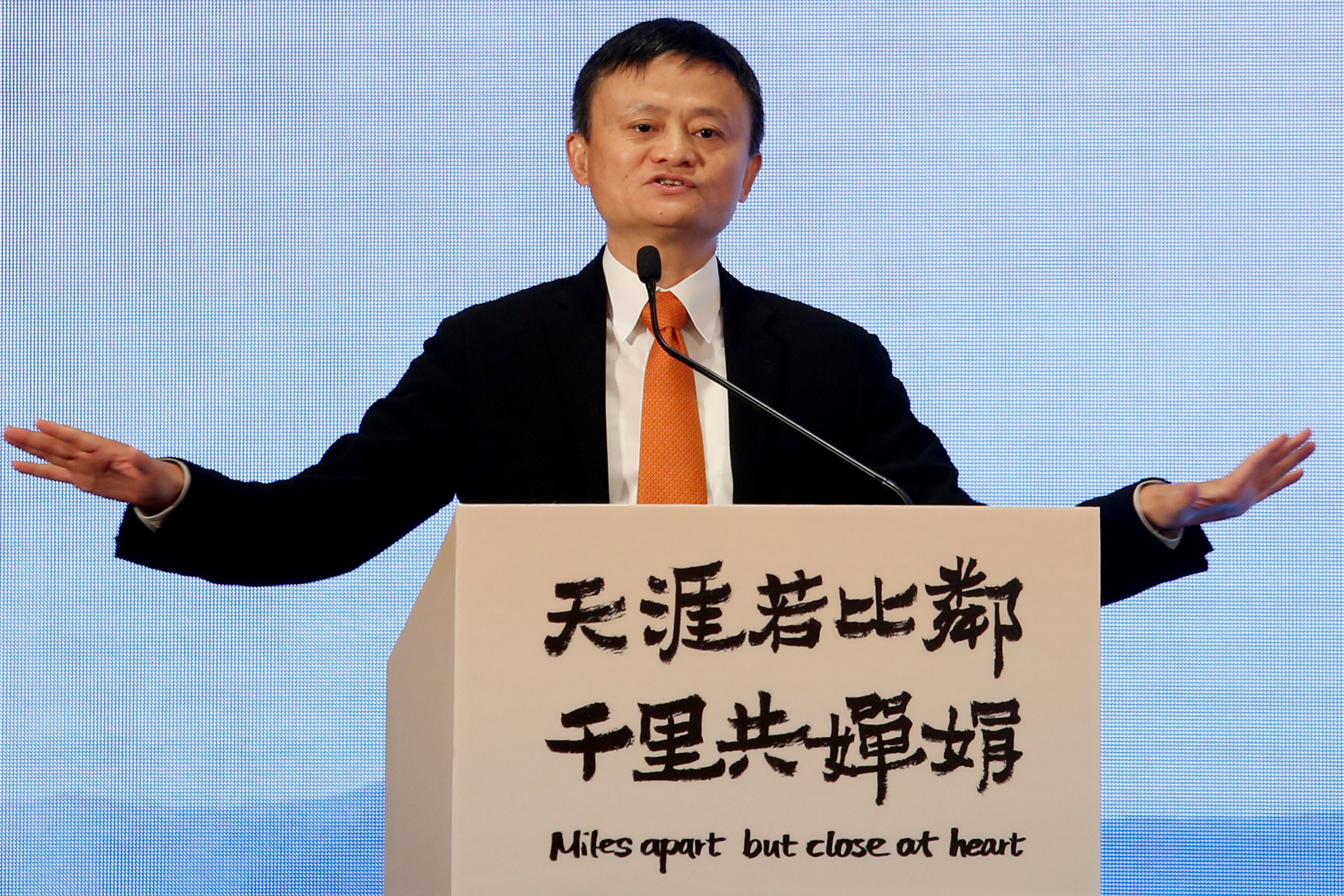 Jack Ma, the charismatic co-founder of China's largest e-commerce firm Alibaba Group Holding Ltd. (NYSE: BABA), will step down as chairman in one year to concentrate on philanthropy and education, passing on the reins to trusted lieutenant Daniel Zhang.

Ma, who turned 54 on Monday, has long flagged plans to step back, insisting that Alibaba management should be relatively young and his retirement is not expected to affect the running of the company.

But it is still extremely rare for a founder of a big and transformative tech firm, especially one with a cult-like status like Ma, to retire so early.

"There's only Bill Gates who has done the same. No other tech founder in the world has just resigned like that at the top," said Rupert Hoogewerf, Shanghai-based founder of the Hurun Report, which publishes an annual influential list of China's richest people.

Hoogewerf added that in China, Ma was a figure like no other, with friends ranging from movie stars to billionaire moguls, though he often outshone them all. "He's the big one, he's the one that brings them together."

Ma will give up the chairman role in exactly one year on Sept. 10, 2019, and complete his current term on Alibaba's board of directors following the company's annual general meeting in 2020, the company said. He relinquished the role of chief executive in 2013.

Zhang, 46, has been CEO since 2015 after serving as its chief operating officer and is known as a key architect of Alibaba's "Singles Day," the Nov. 11 event that has become the world's largest online shopping event. Zhang, a former accountant, will also continue as CEO.

"Under his stewardship, Alibaba has seen consistent and sustainable growth for 13 consecutive quarters... Starting the process of passing the Alibaba torch to Daniel and his team is the right decision at the right time," Ma said in a letter released by the company.

Ma, a former English teacher with no technical background, co-founded Alibaba in 1999 with 17 others and has become one of China's richest people with a net worth of $36.6 billion, according to Forbes.

The company, founded at a time when the industry was still dominated by state-owned firms and entrepreneurship was seen as a risky career path, has grown to have more than 66,000 full-time employees and a market value of some $420 billion.

"He put a human face on technology, and took China onto the global stage, not as a state-owned enterprise, crucially," said Duncan Clark, managing director at Beijing tech advisory BDA and author of "Alibaba: The House that Jack Built."

He is also known for his eccentric personality and has donned wigs and costumes to perform highly choreographed pop routines at company events. Last year he starred alongside Chinese action star Jet Li in a short kung fu film.

In the letter on Monday, Ma said he had been planning his exit for ten years and has previously said he wants the company to last 102 years, choosing a specific number to motivate employees.

After he steps down, he will continue to mentor management as part of the "Alibaba Partnership," a 36-member group of core company managers.

The group has the ability to nominate the majority of directors on the company's board, and currently, five of Alibaba's eleven board members have been nominated by the partnership.

Since handing over the CEO role, Ma, who is married with three children, has concentrated on philanthropy and promoting Alibaba internationally at business and political events.

In 2014, he and co-founder Joe Tsai set up a charitable trust focusing on the environment and health, funded by share options they own that represented about 2 percent of Alibaba's equity at the time.

Alibaba saw sales at its e-commerce business swell 61 percent in the latest reported quarter, but its profit margins have been squeezed by big-ticket investments as it battles to maintain its dominant position in e-commerce and payments.

The company, which is battling arch-rival Tencent Holdings Ltd, (HKEX: 0700) for pole position in the food delivery market, recently said it will merge units including Ele.me and Koubei and raise funds for the combined business.

Alibaba also has investments in sports content, microchips and facial recognition technology and has been positioning itself as a serious player in cloud computing.

Monday in New York, the stock of Alibaba was trading at $157.14 per American depositary share intraday, down more than 3 percent, on news of Ma's scheduled step down as chairman.

Topics:alibaba, jack ma, ecommerce
READ MORE
COMMENTS0 comments
Sign in
We reserve the right to remove any content at any time from this Community, including without limitation if it violates the Community Standards.
SUBSCRIBERS ONLY
MOST READ
LATEST NEWS
HOME
CHINA STOCKS
U.S. STOCKS
COMMENTARY
INVESTOR RELATIONS
INVESTIGATIVE RESEARCH REPORT
ABOUT US