Wall Street did not respond favorably, though. Shares of Tuniu dropped more than 7 percent to close at $7.57 per share in the afternoon trading in New York. 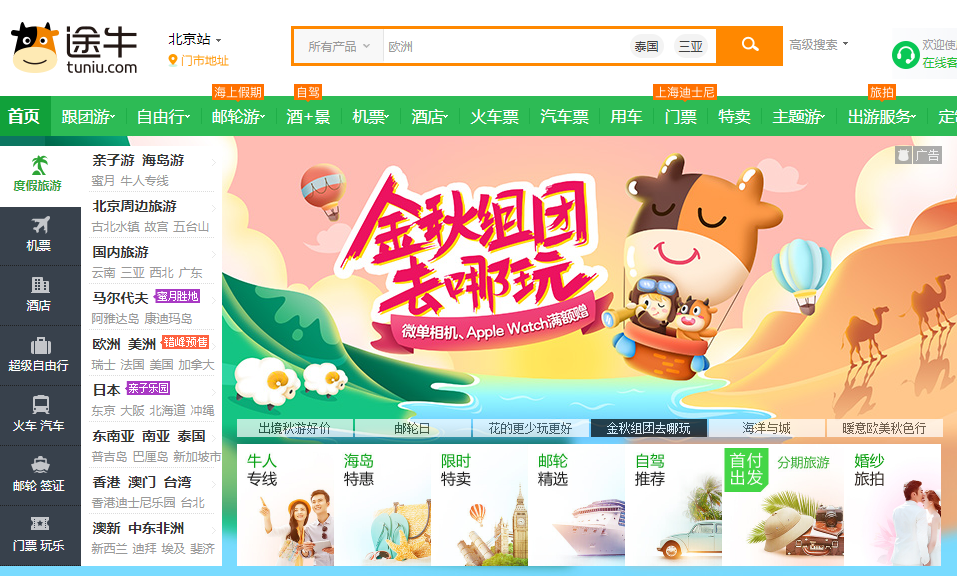 Wall Street did not respond favorably, however. The stock of Tuniu slid more than 7 percent on the day and closed at $7.57 per American depositary share in New York. The company said in a statement Wednesday that its non-GAAP net loss was $3.4 million in the second quarter of 2018 compared with a loss of $32.1 million a year ago. Its revenue jumped more than 14 percent to $79.4 million, primarily driven by a 29-percent increase in packaged tours sales.

A nearly 30 percent drop in operating expenses also contributed to the narrowed loss. Operating expenses were $56.2 million in the second quarter, among which research and product development expenses dropped nearly 48 percent.

"Europe continues to recover strongly, while other destinations such as Australia, New Zealand and Americas also saw as driver for growth during the second quarter," the chairman and chief executive officer, Donald Yu, said in a call with analysts today.

"However, external events impacting a number of our other destinations such as Maldives and Bali continue to affect us and have resulted inactive growth in certain destinations during the second quarter," he added.

The company said it expects sales to reach between $108.3 million and $114.3 million in the third quarter this year, a year-over-year decrease of between 5 and 10 percent.

"Going forward this year, we will continue to invest in the development of our sales and service network in order achieve higher economy of scale, and to maximize value for both our customers and our shareholders," Maria Yi Xin, Tuniu's chief financial officer commented.