The stock of China Biologic traded down 6 percent by mid-day Monday after the company said regulatory changes and competition led to challenges for the biotech firm. 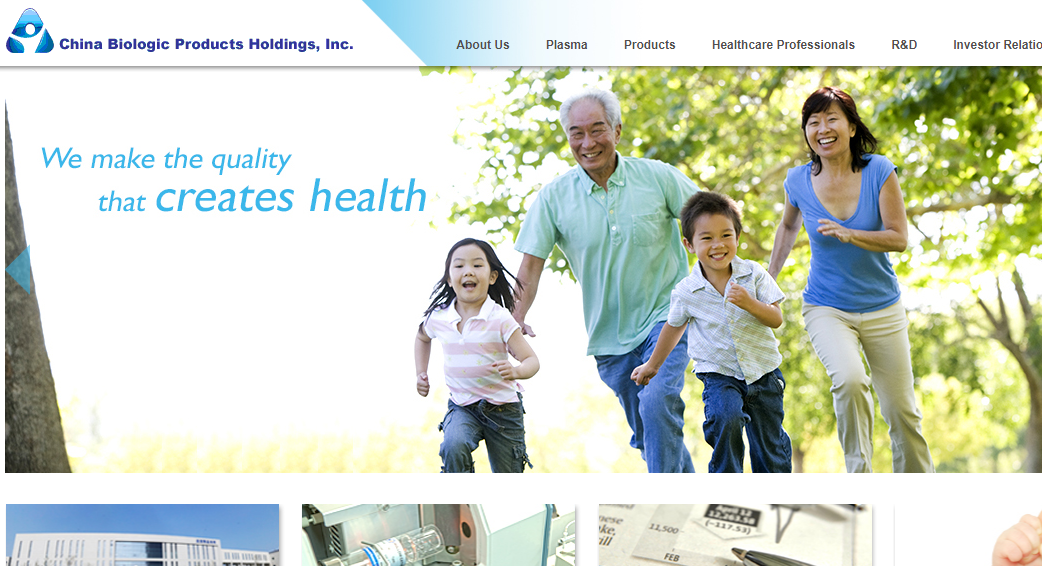 The stock of China Biologic Products Holdings Inc. (Nasdaq: CBPO) was trading down 6 percent in early trading Monday after the company said its earnings decreased 8 percent in the second quarter and cut its guidance for the year based on worse-than-expected results.

The Beijing-based biotech firm released its results for the second three months on Friday night, sending its stock down 2 percent in after-hours trading. On Monday morning its shares lost more than $6, trading at $93.80 per American depositary share by noon. The stock of China Biologic traded down 6 percent by mid-day Monday, at $93.80 per share.

In a statement Friday, the newly appointed chairman of China Biologic, David Hui Li, said the first half-year was challenging for the company because of regulatory changes and intense competition in China's plasma market.

"Because of spending controls by regional government-sponsored medical insurance programs, an increasing number of hospitals across various provinces are implementing stricter drug purchase budgets by capping drug revenue to no more than 30% of a hospital's total revenue," Li said.

"The intensified competition in the distribution market has caused over 10% year-over-year price declines across all major plasma products, deteriorated payment terms, and increased marketing expenditures," he added.

Total sales for the second quarter were $120.4 million, a nearly 35 percent increase from $89.3 million a year ago, thanks in part to a contribution of $13 million from Tianxinfu (Beijing) Medical Appliance Co. Ltd. China Biologic acquired an 80 percent stake in Tianxinfu, which makes regenerative medical biomaterial, in January of this year, and it accounted for 11 percent of China Biologic's second-quarter revenue.

Net income for the second three months of the year decreased 8 percent to $28.6 million, the company said. Earnings per share were 83 cents compared with $1.09 posted for the same period last year.

Operating expenses increased to $46.9 million compared with $19.8 million a year ago, attributed to expenses related to the acquisition of Tianxinfu and China Biologic's increased selling, as well as general and administrative, expenses.

For the first half of the year, China Biologic reported a nearly 29 percent year-over-year increase in revenue at $232.8 million. Total net income for six months declined 1 percent to $60.2 million, or $1.75 per share.

Looking ahead, Li said, "For the second half of the year, we expect the regulatory headwinds and market competitive dynamics to persist, which will impact our guidance for the year. However, we remain optimistic about the mid- to long-term prospects of our industry, which we believe will continue to transit from a market of demand serving to demand creation in the next three to five years."

In its statement, China Biologic also said its board is looking to appoint a new chief executive officer after several lead roles at the biotech firm have recently been vacated and replaced with new members.

"Our new Board leadership will support the executive management team to upgrade our commercial capabilities and to solidify our leading market position by expanding into new sales channels and by promoting our immunoglobulin and coagulation products," Li concluded.