Chairman and CEO of LightInTheBox is Stepping Down

The board has begun to search for a new CEO. Guo will remain as CEO of the company for up to 60 days. 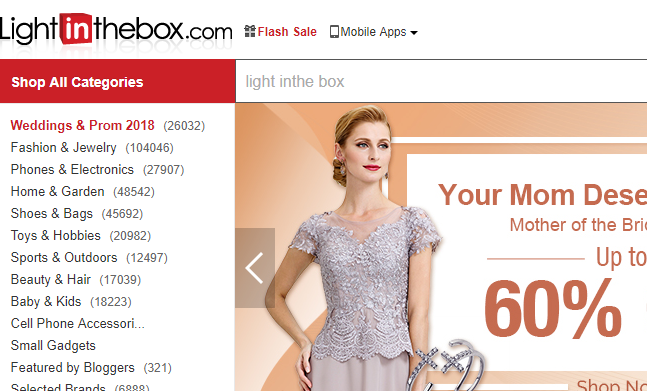 LightInTheBox Holding Co. Ltd. (NYSE: LITB), an online retail company, today announced that its founder Alan Guo is voluntarily stepping down as CEO and chairman of the board to pursue other personal interests.

"After I founded LightInTheBox with my co-founders, I served as Chairman and CEO for 10 years," said Guo. "I have decided that the time has come for me to purse other interests and for the Company to embrace a new leadership to develop new initiatives and opportunities."

Zhi Yan, co-chairman and CEO of Zall Smart Commerce Group Ltd., has been elected as the new chairman. Yan has been serving on the board of LITB since March 30, 2016.

The board has begun to search for a new CEO. Guo will remain as CEO of the company for up to 60 days.

In April, the company announced lower revenue and slightly larger losses in the fourth quarter of 2017. Company's revenue slid to $91.6 million in the three months ended Dec. 31 compared with $95.2 million a year earlier. Losses for the quarter deepened also to $3.5 million, or 5 cents per American depositary share, compared with a loss of $2.4 million, or 4 cents, the year before.

It is unclear if the change of management is related to the disappointing earnings.

LightInTheBox, which operates through its www.lightinthebox.com, www.miniinthebox.com, and other websites, is available to more than 80 percent of the world's internet users and in 23 languages.

The company was trading at $2.04 per share, down more than 2 percent, in early afternoon in New York.