The Chinese IT company said its earnings in the first quarter increased 58 percent and revenue grew 64 percent. The stock of the company fell 3 percent intraday Wednesday, but rose in after-hours trading. 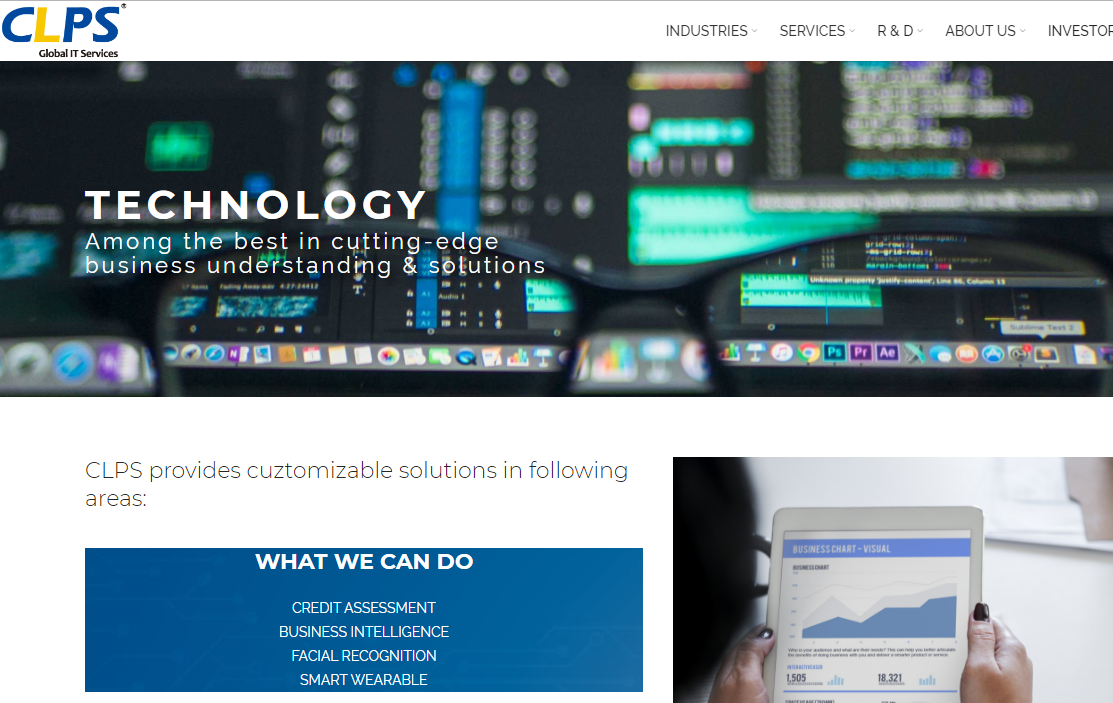 The stock of CLPS Inc. (Nasdaq: CLPS) dropped 3 percent Wednesday though the company, a new name among the U.S.-listed Chinese firms, said its earnings in the first quarter increased 58 percent and revenue grew 64 percent from a year ago.

The Shanghai-based information technology and consulting company reported its income in the first three months grew to $380,000 from $240,000 a year ago. Earnings per share during the same time were 3 cents per American depositary share compared with 2 cents in the first quarter of 2017.

Revenue was $12.9 million compared with $7.9 million a year ago, attributable to an increase in its IT consulting and IT solution services. Specifically, CLPS said its IT consulting services grew 69 percent year-over-year and accounted for nearly 95 percent of the total revenue for the quarter.

CLPS debuted on Wall Street on May 24 at $5.25 per share, rising 5 percent on Day One. Its underwriter, The Benchmark Co. LLC, exercised the over-allotment in full and purchased an additional 300,000 shares, bringing the proceeds of the offering for CLPS to $12.08 million.

A month after its IPO, the stock of CLPS traded at more than double its initial offering price. On Wednesday, the company dropped 3 percent to $13.15 per share, but rose to $13.81 per ADS in after-hours trading.

"We believe that we are positioned for success in the coming fiscal quarters given our solid strategic foundation, stable margins, and growth in revenue and net income, and the additional boost that the net proceeds from our initial public offering offer us, as we consider new opportunities and expand existing business lines," Raymond Lin, the chief executive officer of CLPS, said in a statement.

"As specialists in financial information technology, we view Lihong as a promising emerging business with complementarities to our core competencies with a potential for future growth," Lin said in a statement on Monday. The stock of CLPS closed at $13.15 per share, down 3 percent Wednesday after the company released its first quarter results. It then rose to $13.88 per share in after-hours trading.