JinkoSolar Stock up 4.8% After Earnings

JinkoSolar stock rose as the company shrugged off concerns over Chinese demand. 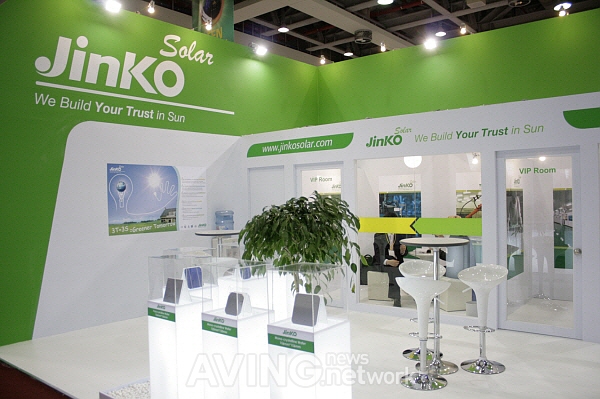 JinkoSolar Holding Co. Ltd. (NYSE: JKS) rose 67 cents today to $14.57 after it reported its earnings fell short of targets but its results beat on sales.

The solar panel manufacturer reported $728.1 million in sales during the quarter ended March 31. Although 20.9 percent lower year-over-year because of decreases in solar panel prices and shipments, revenue beat estimates of $721.7 million, according to Yahoo! Finance.

"Our gross margin increased to 14.4 percent, compared with 11.6 percent last quarter as we benefit from the drop in polysilicon prices and the further optimization of our manufacturing costs as a result of continued technological improvement and reduced OEM usage," said JinkoSolar CEO Kangping Chen.

The company expects to ship 2.4 to 2.5 gigawatts (GW) worth of solar panels in the second quarter, up from 2.02 GW in the first quarter. Solar panel shipments for the full year are expected to range between 11.5 and 12 GW.

According to Chen, the Chinese government's recent decision to reduce subsidies for solar power generation would reduce demand and cause a decline in average selling prices. However, the reduced demand would also mean lower silicon costs for JinkoSolar.

"Despite the strong initial reaction to the new policies, we remain optimistic about the demand of the Chinese market for the full year 2018," he said.

The company said it was bullish on foreign markets, which accounted for 80 percent of shipments. Chen noted an uptick in demand from southern Europe, and said he saw demand rising in India, the Middle East, and Latin America.

JinkoSolar, which is based in Shangrao, has a presence in 33 countries and claims the highest market share in China, Italy, Chile and other countries.

Analysts rate the stock a hold, with a $14.46 price target. This is slightly below its Tuesday closing price.

The stock is down 42.2 percent year-to-date.