The stock of the fast-growing Chinese education company soared 25 percent to $21.24 per ADS on the morning of its initial public offering Friday.
Capitalwatch StaffJun 15,2018,03:00 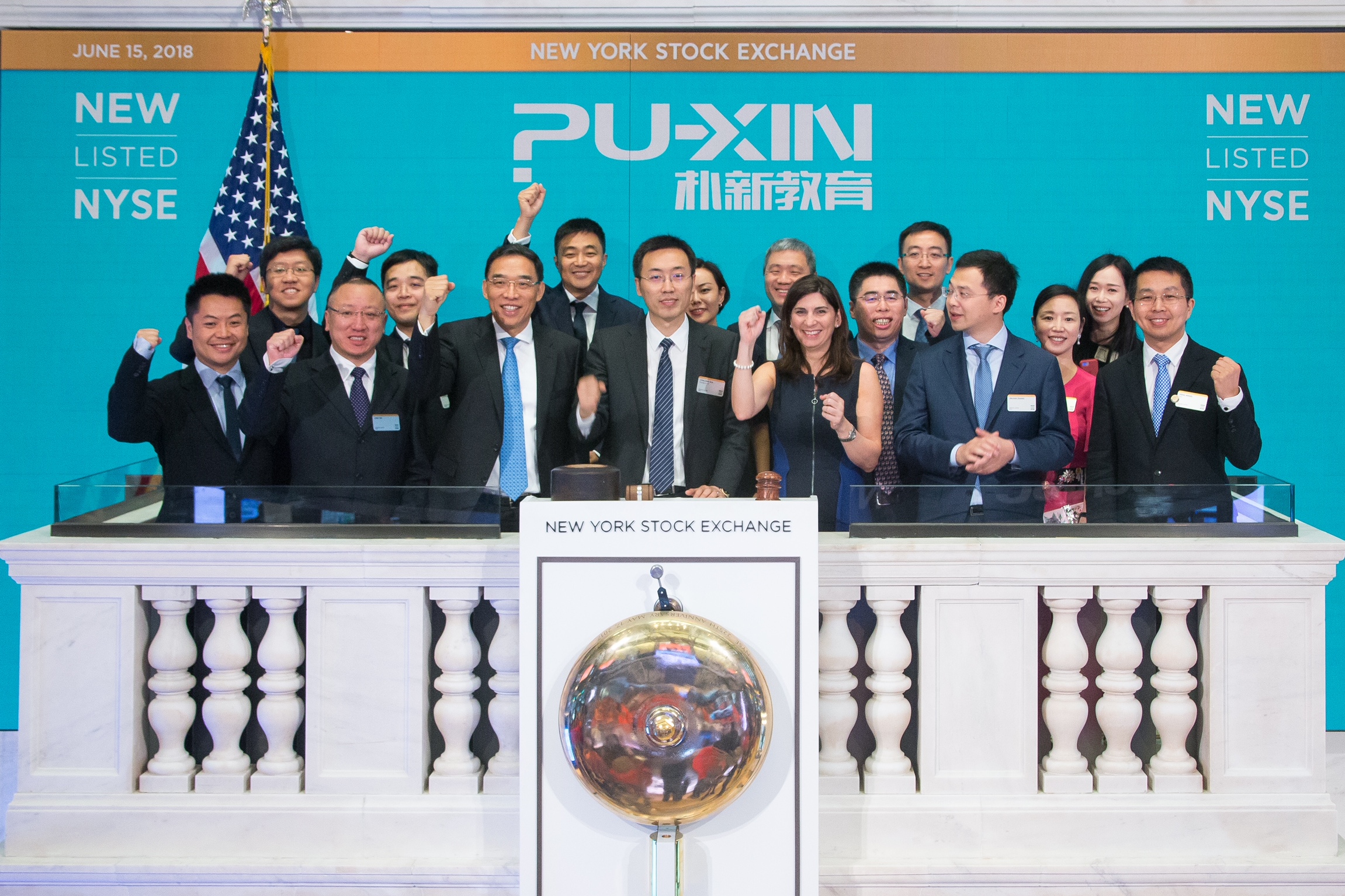 Puxin Ltd., a provider of after-school education in China, swung open its doors to U.S. stockholders today under the ticker symbol “NEW,” and within two hours was trading up nearly 25 percent at $21.24 per American depositary share on the New York Stock Exchange. Puxin was trading at $21.24 per share, up nearly 25 percent, within two hours of its initial public offering on the NYSE

The company priced its shares at the lower end of its estimated range, at $17 per ADS. With this offering of 7.2 million ADSs, Puxin has raised $122.4 million. Underwriters have an option to purchase an additional 1.08 million shares. Each ADS represents two ordinary shares.

Founded just four years ago, the company, based in Beijing, is already the third-largest education service in China by student enrollments, according to a report by Frost & Sullivan.

The Puxin network comprised 48 schools and 397 learning centers in 35 Chinese cities as of March 31. In 2017, nearly 1.3 million students enrolled in the school's programs, representing a 180 percent increase from 2016. This was the fastest growth among major after-school education service providers in China, according to the Frost & Sullivan report. In the first three months of this year, student enrollments rose 41 percent year-over-year to 261,000.

The company said the proceeds from the IPO would mainly finance strategic acquisitions of new units and the expansion of its network. In addition, 15 percent would be applied to technology and online learning, 10 percent to marketing, and 5 percent for working capital and other purposes.

Topics:Puxin, New Oriental
READ MORE
COMMENTS0 comments
Sign in
We reserve the right to remove any content at any time from this Community, including without limitation if it violates the Community Standards.
SUBSCRIBERS ONLY
MOST READ
LATEST NEWS
HOME
CHINA STOCKS
U.S. STOCKS
COMMENTARY
INVESTOR RELATIONS
INVESTIGATIVE RESEARCH REPORT
ABOUT US