Shares in YY rose more than 2 percent in the evening after the earnings announcement; however, they fell more than 7 percent to $112.17 per ADS in early trading on Wednesday after Jefferies cut its target price to $150 per share from $164. 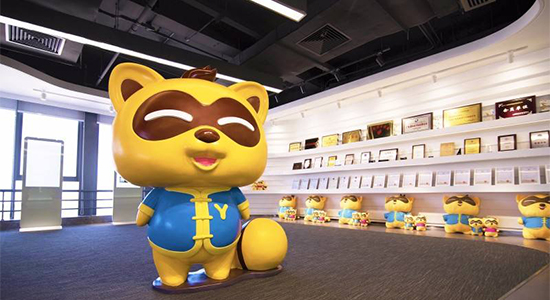 Shares in YY, which ended Tuesday at $121 per American depositary share, rose more than 2 percent in after-hours trading following the earnings announcement. However, they fell more than 7 percent to $112.17 per ADS in early trading on Wednesday after Jefferies cut its target price to $150 per share from $164, according to Thomson Reuters Eikon.

The company, aided in part by large growth in Huya Inc., in which it holds a majority stake, said revenue for the first three months rose to $518 million from $361.4 million a year ago. Net income climbed in the period to $154.5 million from $86.1 million.

After accounting for preferred dividend payments, YY reported that net income attributable to the company declined to $70.8 million, or $1.09 per fully diluted share, compared with income of $86.6 million, or $1.47 per share a year ago.

For the second quarter of 2018, YY said it expected net revenue to be between $574 million and $590 million, representing a year-over-year increase of 38 to 41.8 percent. In addition, the company said it expected to have a fair value loss of about $367 million on derivative liabilities related to Huya's initial public offering last month.

Separately, YY also announced today that it has backed Bigo Inc. with a $272 million investment in Bigo's series D fundraising, becoming the lead investor in the global video-based social platform. The company, an existing investor in Bigo, said it has also obtained a right to purchase additional shares of Bigo for a controlling 50.1 percent stake of the voting power.

Singapore-based Bigo owns the live streaming platform Bigo Live, which is among the most popular in the world, excluding China. It also operates a short-form video editing and sharing platform called Like. The shares of YY fell more than 7 percent intraday Wednesday to $112.17 per share.