Backed by investment firm Warburg Pincus and Baidu, the Chinese used auto sales platform Uxin is seeking to raise up to $500 million in New York in an initial public offering. 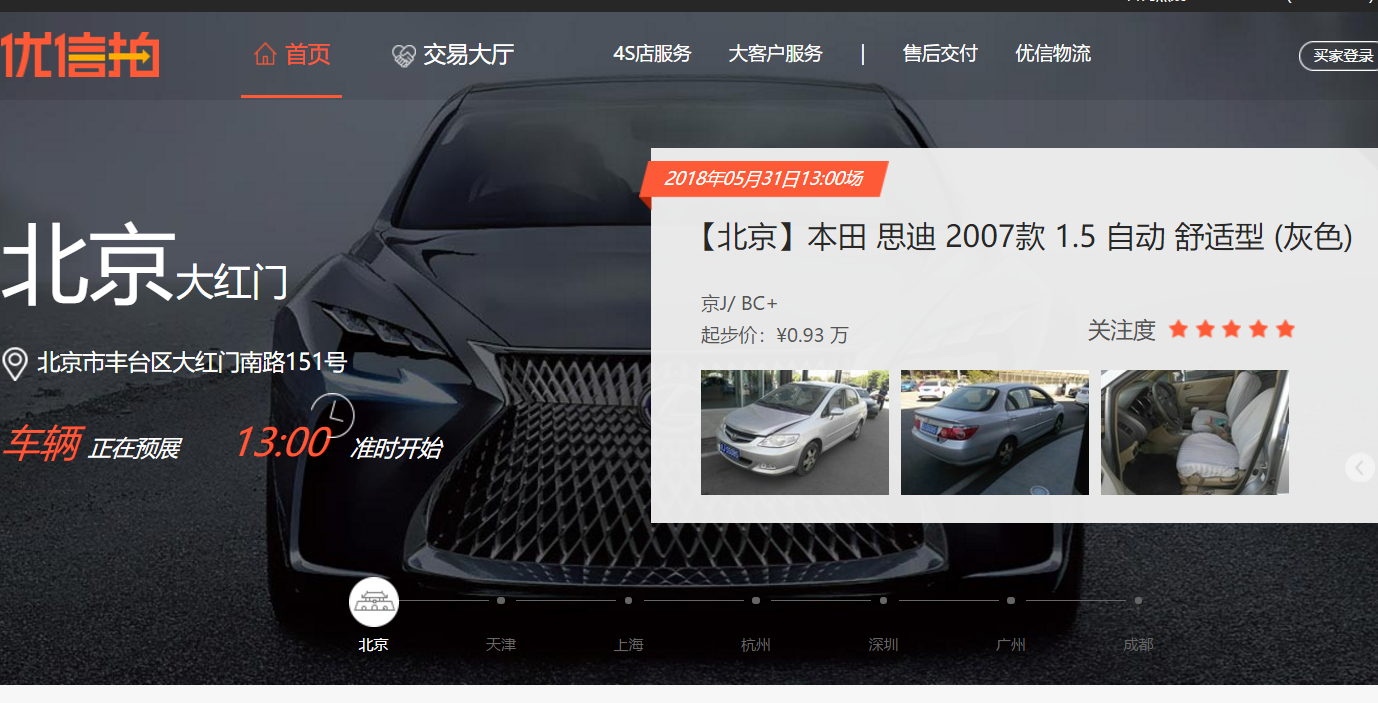 Founded in 2011, the platform is the largest of its kind in China in terms of both the number of transactions facilitated and the sales value in 2017, according to iResearch. It has been backed by two large investors, Warburg Pincus LLC and Baidu Inc. (Nasdaq: BIDU), which hold a combined 24 percent stake as well as senior management roles in the company, according to Uxin's prospectus filed May 29.

The company also provides inspection services to assess the quality of used vehicles and generate reports for consumers.

"Together, our services provide users with the superior experience and peace of mind that our brand embodies, in fact, our name - Uxin - translates to quality and trust in Chinese," the company said in its prospectus.

For the first quarter, the company reported a 93 percent increase in revenue at $103.3 million. Net loss also increased, rising 64 percent to $133.5 million compared with a loss of $81.4 million a year ago.

Uxin said it wanted to grow its platform by attracting more third-party partners, such as insurance and financial providers. Its other plans included expanding nationwide and improving user experience. Selling its shares on the Nasdaq would also fund potential strategic acquisitions that the company is planning to make, it said in its filing.

According to a report by iResearch, slightly more than 13 percent of the Chinese population owned a car last year, which was significantly lower than the car ownership rate of 85 percent in the United States. However, the report projected that China would become the world's largest car market by 2023. The used car transaction volume is expected to grow from 12.4 million in 2017 to 29.6 million by 2022. Among the risks Uxin noted in its filing were competition in the used car industry, credit risks of facilitating consumer auto loans, and the possibility of continuing net losses and negative cash flow. Uxin has not reached a profit since its launch in 2011.

The prospectus does not detail the number of Class A shares that would be eventually sold to the public. As of the date of the filing, the founder, chairman, and chief executive officer of Uxin, Kun Dai, held 19.8 million of ordinary shares, or 25 percent voting power in the company. Dai has 10 years of experience in the car sales industry, the regulatory filing said.

This month a new director joined the Uxin management team: Dou Shen, the vice president of China's main search engine, Baidu Search, as well as the director of Baidu's research and development department. Baidu (Hong Kong) Ltd. holds a 10 percent stake in Uxin. Baidu has been investing heavily into the development of electric vehicles.