CEO INTERVIEW: A Rough Start in the U.S., but iQiyi CEO Says There are Big Plans Ahead

Although iQiyi is often considered China’s version of Netflix in the U.S., founder and CEO Yu Gong said he has a bigger idea. As China's largest video-streaming service, iQiyi Inc. has catapulted to the top ranks of the country's internet giants since it started in 2010. And now, having just completed an initial public offering in New York, it is setting its sights even higher.

IQiyi, (pronounced: eye-chee-yee) today has more than 421 million monthly average users on its mobile and 424 million monthly average users on its PC platform. For the most recent quarter, it reported revenue of $777.6 million, an increase of 57 percent over the year-ago period. While losing $63.1 million during the three months ended March 31, it was less than half the loss of a year earlier, and the company has said it expects that to continue to improve.

But iQiyi's entrance to the U.S. has been rough going. Selling 125 million shares at an IPO price of $18 per share at the end of March, the Beijing-based company raised $2.25 billion, valuing it at more than $13 billion. The company's shares immediately sank to $15.55 per share for the day, however, and after soaring back up to $20.50 in mid-April, closed today at $16.34.

That, however, does not overly concern Yu Gong, the founder and chief executive officer of iQiyi. For now, the company is focused on its business plan, which centers on the creation of new content for its streaming platform. It is looking for more successes like its 12-episode variety show, Idol Producer, which became a signature hit this year, accumulating more than 2.8 billion views by the time the final episode was shown in early April.

As part of that plan, the IPO was particularly welcome, Gong said. Thanks to the U.S. listing, the company "now enjoys higher brand recognition with increasingly more partners and artists around the world seeking to collaborate with us," he said in iQiyi's recent earnings statement.

CapitalWatch spoke with Gong a few days ago to find out more about his experience with the company's IPO and iQiyi's plans looking ahead. Although iQiyi is often considered China's version of Netflix in the U.S., Gong said he has a bigger idea. CapitalWatch: Your entry into the U.S. was a bit bumpy with the stock price going up and down. What was your experience like taking the company public?

Gong: The [final steps of the] listing took 15 days, a very tight schedule. Most days, I only had three hours of sleep. Only one day I slept five hours, which was the happiest day for me.

CW: Now that iQiyi has become a public company, how do you feel?

Gong: Suddenly, there is a stock price that represents the company's market value. Most of the time, the stock price is not related to how well your company performs, or at least its short-term performance. This is quite exciting. But for the long term, the fluctuation of the stock price won't affect our company's business plans or business model. Our industry is still in the early stages of expanding, not yet mature. We still have a lot to do, a lot to achieve.

CW: After your issuance of American depositary shares in the U.S., do you have any desire to do CDRs in China?

Gong: We are not planning to in the near term, but we're definitely keeping an eye on this trend for two reasons. For one, we just did a U.S. IPO. We should first get to know more about the U.S. capital markets and make sure that we can make our U.S. investors happy. The company has limited resources and we, as the management, have limited energy. So, this is my main task right now.

For another, the details of CDRs are still not clear. The Chinese government has invited some companies to do the pilot, and iQiyi is not one of them. We will observe what other companies do and keep an eye on the new policies.

CW: We here at CapitalWatch have a challenge explaining China to Americans, and it's not always easy. Looking at your business segments, which includes video streaming, original content, live broadcast, games, and e-commerce, do you see iQiyi as a Chinese Netflix, Disney, Amazon or someone else?

Gong: We call our business model "Netflix Plus" or "Online Disney." The main objective is to produce original content, and earn income through different monetization methods. Right now, the main income for iQiyi is from advertisement and membership services. A small part of the revenue comes from content distribution and IP-related monetization methods.

We hope, in the future, we could have more sources of income to cover the cost of making original content, like Disney.

Gong: It's one of our dreams, but we won't invest heavily on it like Disney. We won't buy land and build parks ourselves.  We would have our IP-authorized partners to build the theme parks. But again, this is just a brief idea for the future.

CW: With you latest partnership with JD.com, is that for the long-term or until you expand further? What's the plan for the future?

Gong: This is a long-term partnership. The idea came from Amazon Prime, which provides free delivery and online video service. Both JD and iQiyi think this is a very important partnership and we hope many more new members will join our paid service in the near future.

CW: Who do you see as your biggest competitor?

Gong: Tencent. Not Tencent video, not Youku, but Tencent.

CW: For the next two to three years, what do you think are your biggest challenges or risks?

Gong: To be honest, so far I don't see any very big challenge. Of course, there are many small risks and challenges.

CW: You've said you have no international expansion plans as of now. Is that still true?

Gong: This is indeed a big challenge, but we don't have such plans in the next two to three years.

CW: When we look at your earnings, we see growth obviously. But in terms of profitability, the shrinking of the net loss appears to stem from foreign exchange gains.

Gong: The impact of foreign exchange gains is very small. The biggest driver is lower-than-expected content cost. This is largely due to the broadcasting delay for some of our content during the period. This is not a sustainable impact on our earnings.

CW:  Looking ahead, what steps will you be taking to achieve profitability? Is there an estimation of when the company could turn profitable?

Gong: There are two things we are doing right now. First, we will invest and keep producing original content. The reason we do that is because we can control the costs and that gives us a stronger monetization capability. Second, we are developing short-form videos and in-feed advertisements. For longer videos, the sources of income are advertisement and subscription fees, whereas the short video service is based on long-tailed short video content, and the revenue comes from in-feed advertisements.

CW: Are you planning to be part of the creation of that original content?

Gong: For production, no. I don't get involved with movie or TV production.  There are professionals who are doing that.  But in terms of calculating return on investment or doing market positioning, I will join the discussion and make the decision.

CW: You're the boss now. Will you cast yourself as one of the actors or stars?

Gong: Five years ago, I participated in one of the first original online dramas. I played the role of a taxi driver. It was not easy, and I was not a good actor. So, I am not planning to do that again.

CW: What you are looking forward to, in particular, this year – anything you're particularly excited about?

Gong: This year, we had a new 12-episode variety show called Idol Producer, which turned out to be a huge hit. Through the show, we trained many young idols who now have millions of followers. I hope we will have a new online TV series/online drama this year, which could achieve the same success as Idol Producer. 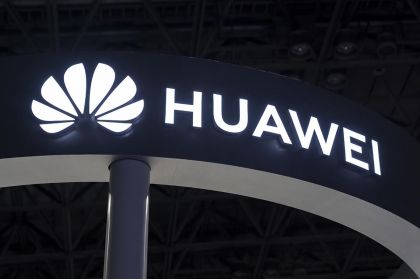