Last Wednesday, Trump tweeted that China had been asked to develop a plan to reduce its trade imbalance with the United States by $1 billion. 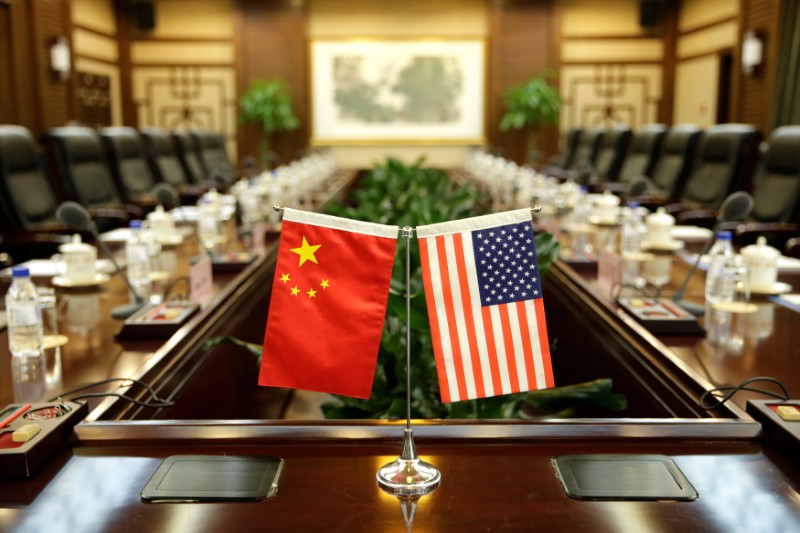 WASHINGTON (Reuters) - The Trump administration is pressing China to cut its trade surplus with the United States by $100 billion, a White House spokeswoman said on Wednesday, clarifying a tweet last week from President Donald Trump.

Last Wednesday, Trump tweeted that China had been asked to develop a plan to reduce its trade imbalance with the United States by $1 billion, but the spokeswoman said Trump had meant to say $100 billion.

The White House spokeswoman declined to provide further details on how the administration would like China to accomplish this goal -- whether increased purchases of U.S. products such as soybeans or aircraft would suffice, or whether it wants China to make major changes to its industrial policies, cut subsidies to state-owned enterprises or further reduce steel and aluminium capacity.

The request comes as the Trump administration is said to be preparing tariffs on imports of up to $60 billion worth of Chinese information technology, telecoms and consumer products as part of a U.S. investigation into China's intellectual property practices.

It is also unclear if the requested $100 billion reduction would address U.S. complaints about China's investment policies that effectively require U.S. firms to transfer technology to Chinese joint venture partners in order to gain market access.

The issue is a core part of the probe being conducted under Section 301 of the Trade Act of 1974.