The rapidly growing peer-to-peer lender saw all customer-level figures grow while transferring all risk reserves to a third party. 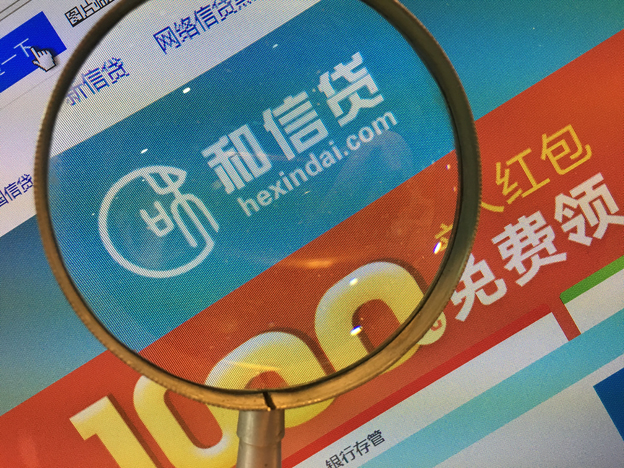 Hexindai Inc., an online consumer platform that offers peer-to-peer lending services, saw its business grow rapidly in its latest quarter as the young company continued to ramp up its business.

With headquarters in Beijing, Hexindai (Nasdaq: HX) said its revenue grew to $43.3 million during the third fiscal quarter ended Dec. 31, representing an increase of 576 percent from the third quarter a year earlier. Net income was $26.9 million, or 52 cents per American depositary share, from $929,762, or 4 cents per share, in the year-ago period.

Despite the rapidly growing financial results and an initial run-up in the stock early in the day, investors apparently still have lingering questions about the company’s long-term future. Hexindai shares closed up only 5 cents per share today at $10.39. Hexindai, which completed its initial public offering for $10 per share in November, said it saw large gains in essentially every customer level.

The company’s total loan volume that it facilitated rose 187 percent to $388.7 million and the number of borrowers reached 32,417, an increase of 285 percent compared with the year before, the company said. In addition, the gross billing ratio of unsecured loans, which made up for 100 percent of loans in the period, rose to 12.1 percent from 7.4 percent a year earlier.

“We delivered another solid quarter of financial and operational growth,” Xinming Zhou, the company’s chief executive officer said. “Loan volumes continued to grow at a triple-digit pace as did the number of investors and borrowers on our platform. The percentage of loan volume acquired through online channels reached another historic high of 24% during the quarter, more than double the 10% from last quarter. We continue to deepen our cooperative agreements with other third-party acquisition channels and are benefiting from the trust and reliability that being a publicly listed company generates.”

Looking ahead, Hexindai said it expected to report total loans facilitated between $1.22 billion and $1.24 billion for its fiscal year ended March 31. Net revenue was expected come in between $107 million and $109 million, with adjusted net income ranging from $62 million to $64 million, the company said.

Hexindai said its revenue in the recent quarter also benefited thanks to $4 million it pulled out of its loan-loss reserve in the past nine months as its delinquency risk had been wholly transferred to an insurer, Changan Insurance. Because of that arrangement, which began Feb. 1, 2017, Hexindai “terminated the risk reserve liability policy and no longer set[s] aside a sum to meet the contingent pay-outs,” the filing said.

Under the terms of the policy, as disclosed in previous regulatory filings, Changan receives 2 percent of the principal amount and accrued interest of unsecured loans arranged by Hexindai as premium payments.

The company reported in its current financial statement that no risk liability charge was necessary. It did not disclose any figures regarding its current delinquency rate. But Hexindai previously reported that, as of June 30, 2017, its charge-off rate was running at 2.85 percent on loans originated since the company was founded in 2014.