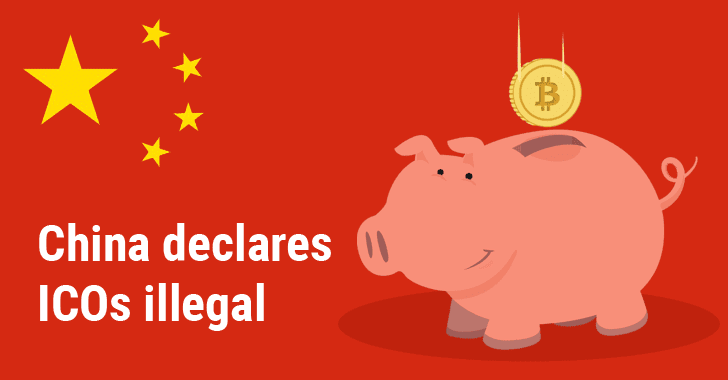 The Chinese ICO cryptocurrency sector had been the world's most robust with early-stage tech companies raising hundreds of millions of dollars through ICOs. Through August of this year when the government announced its cryptocurrency exchanges ban, 65 ICOs had raised about $1.1 billion.

In the aftermath, the price of bitcoin sank and a number of companies delayed their ICOs.

But the price of bitcoin has since soared. Many cryptocurrency exchanges moved their hubs to Singapore, Hong Kong and other countries. "China used to account for a significant share of the cryptocurrency market, so we think the demand is there," Hong Kong-based Lennix Lai, the financial market director for OKEx, which is backed by the exchange OKCoin, told Bloomberg Technology in October. "As formerly one of the biggest operators in China, we think we have a good chance of competing globally."

Japan and the U.S. are working to legitimize cryptocurrencies by strengthening securities laws meant to protect investors. That could loosen alternative investing channels, such as ICOs. Earlier this year, Japan recognized bitcoin as a legal form of payment and the Nikkei says that more than 25,000 stores will be accepting payment by the end of the year.

In addition, the derivatives marketplace CME Group announced in October that it would launch a cryptocurrency futures market. The exchange will offer a once-daily reference rate of bitcoin against the U.S. dollar.

"Given increasing client interest in the evolving cryptocurrency markets, we have decided to introduce a bitcoin futures contract," said Terry Duffy, CME Group Chairman and Chief Executive Officer.  "As the world's largest regulated FX marketplace, CME Group is the natural home for this new vehicle that will provide investors with transparency, price discovery and risk transfer capabilities."

In light of these developments, many cryptocurrency observers expect the China ban to be temporary. They note that 90% of ICO funding was returned and that China will look to keep pace with wider, economic trends.