Gordian Kemen from Morgan Stanley suggested news of downgrades did not immediately lead to market reactions and rating adjustments do not affect views on China's economy or currency in general. 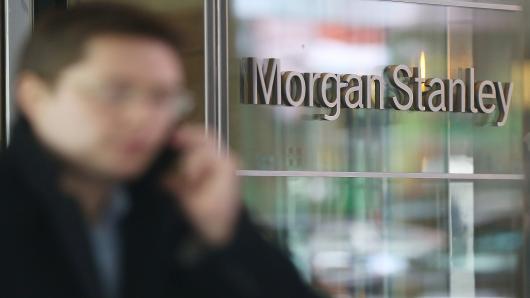 Morgan Stanley analysts wrote in its latest market report that they remain optimistic about China's economic outlook in the long-term.

Gordian Kemen from Morgan Stanley suggested that news of downgrades did not immediately lead to market reactions. Rating adjustments do not affect views on China's economy in general or the prediction of the trend of the Chinese currency (CNY), he wrote.

In addition, the analysts changed their view for offshore CNY to "neutral," saying though China's strong economic fundamentals should be good for the yuan, the decision-makers’ frequent intervention may cast a shadow over the short-term CNY exchange rate. The regulatory authority in China sees avoiding strong directional trend, either consistent CNY appreciation or CNY depreciation, as their primary task, and this could affect and limit CNY’s periodic fluctuation in the short run.

The analysts said they believe that China's central bank will keep the CNY fluctuating in a small range until further guidance after the 19th National Congress of the Communist Party of China (CPC).