Today, Miner Summit 2019 officially opened in Chengdu. At the meeting, Canaan, the world's second largest bitcoin mining machine company, released two models in the latest Avalon A11 series, the A1146 and A1166.

Canaan said that compared with the previous generation, A11 has not only greatly improved in computing power, but also deployed in a daisy chain series to simplify operation and maintenance. At the same time, this series of products adopts self-developed AI chip surveying K210 as the main control, which provides guarantee for the income security of miners. 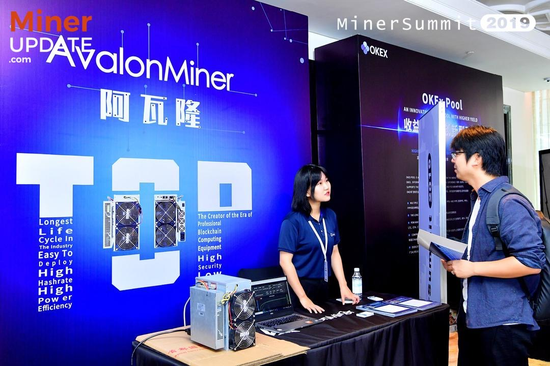 According to Coindesk, in the past few months, more than 600,000 new mining machines have been invested in Bitcoin mining, which has led to a recent record high growth in bitcoin computing power. Competition between mining equipment makers is entering a hot stage.