An Exclusive Interpretation Of Canaan's Prospectus: "The First IPO of Mining Machines"

The submission of the prospectus to the U.S. stock market was the third attempt after Canaan’s failure to complete an IPO in Hong Kong.

On October 29, Canaan, the world's second-largest bitcoin machine maker, submitted its prospectus to the U.S. Securities and Exchange Commission (SEC). In the prospectus, Canaan set its IPO target at up to $400 million and said it plans to trade on the Nasdaq under the stock symbol “CAN.”

The submission of the prospectus to the U.S. stock market is the third attempt made by Canaan after it failed to become publicly traded in Hong Kong. If it succeeds to list in the U.S., it will be "the first IPO of mining machines." 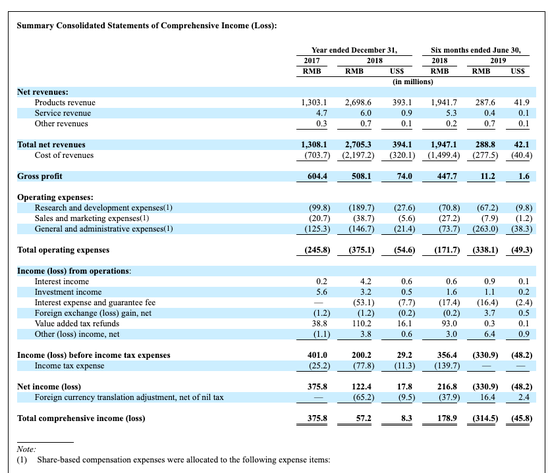 Like Bitmain, another mining giant, Canaan is trying to get rid of the shackles of the mining business. In 2016, the company announced it was developing edge computing chips based on artificial intelligence. In the prospectus, Canaan emphasized the company's AI chip

capability and downplayed the impact of bitcoin on its business. According to the prospectus, the company is mainly engaged in the research and development of high-performance computing chips and providing supercomputing solutions.

Previously restricted by regulators, many mining companies, including Canaan, were blocked from listing in China. On October 24, Chinese President Xi, General Secretary of the CPC Central Committee, stressed during the 18th collective study of the Political Bureau of the CPC Central Committee that blockchain should be taken as an important breakthrough for independent innovation of core technologies, and the development of blockchain technology and industrial innovation should be accelerated.

For Canaan, the current listing is a favorable opportunity. If the IPO goes smoothly, the company will become China's first mining machinery company to list successfully and the first real blockchain stock.